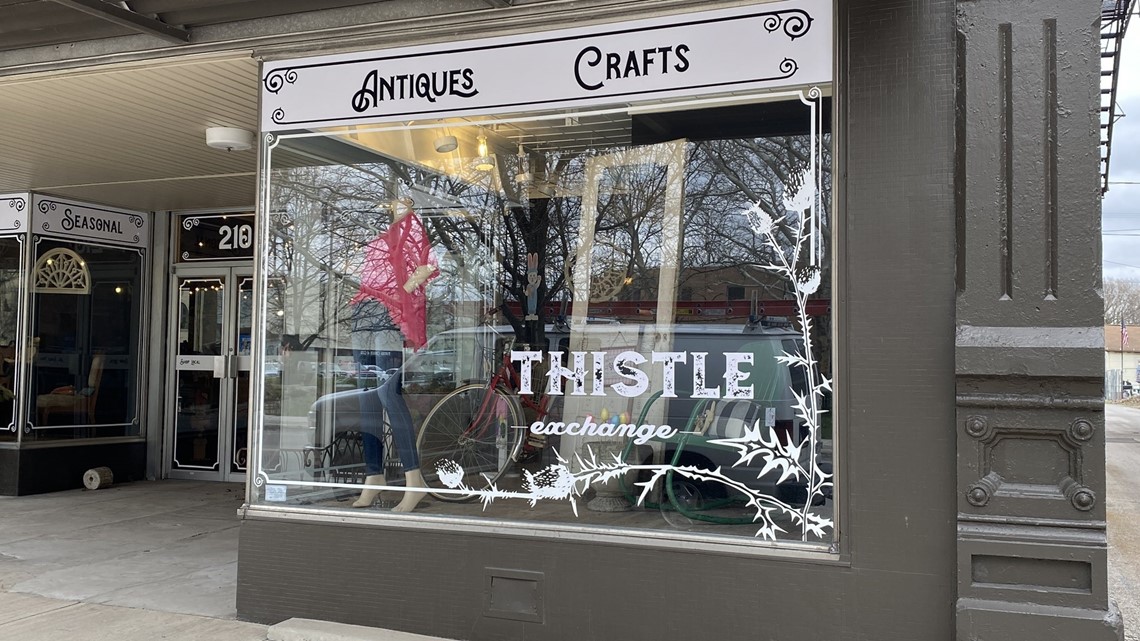 The idea came from The Thistle Exchange, as they recently opened a second location in Fostoria.

FOSTORIA, Ohio — Fostoria invites everyone in Northwest Ohio to get out this weekend and see what their downtown has to offer.

This Friday and Saturday, 11 Fostoria businesses will participate in the first-ever Downtown Fostoria Spring Open House, offering visitors special offers, activities and even Easter-related entertainment for the kids.

The idea came from KJ Newcomer, owner of The Thistle Exchange, which recently opened its second location in Fostoria.

They usually hold several seasonal open days at their Findlay location and planned to do one here as well, so several other businesses joined.

A newcomer said that over the past few years, but especially during the pandemic, shoppers have started to appreciate the value of local shopping.

“With big box stores, you don’t really see community investment as much as you do with local places. Opportunities have been presented to us because we have the community that wants to support it, and with the Buying local, you’re giving local artisans the opportunity to grow in their own stores,” Newcomer said.

But it’s not just new businesses that are excited to see downtown Fostoria’s economic growth.

Alan Kaminsky Jewelers has been a staple here since 1948 and was for a time one of the last businesses operating in this part of town.

“We’ve seen entrepreneurs, local entrepreneurs who want to invest in downtown Fostoria, and we’re excited about that. I mean, we’ve been here a long time and we’re looking forward to everyone joining us here,” said owner Alan Kaminsky.

“I think it takes a lot of people coming together. The Chamber can’t take credit, economic development can’t take credit, the city can’t take all the credit. But it’s, I think, these entities and just the community in general supporting each other, it’s really made a huge difference here at Fostoria,” Krupp said.

The Downtown Fostoria Spring Open House runs this Friday and Saturday from 10 a.m. to 6 p.m.