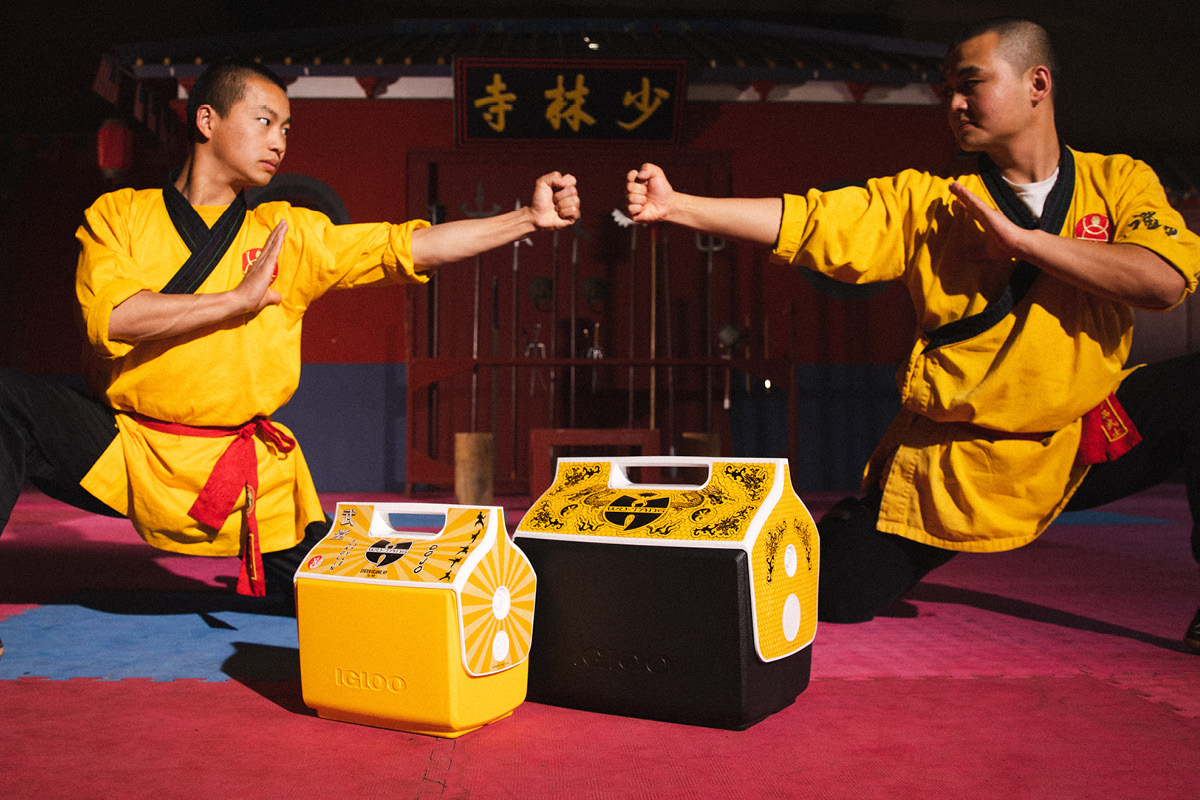 If you purchase an independently reviewed product or service through a link on our website, Rolling Stone may receive an affiliate commission.

The summer of the Wu-Tang Clan collaboration is heating up…with a new release keeping things fresh.

Hot on the heels of releasing their limited-edition beach towel collection with outdoor accessories brand Slowtide last month, the iconic hip-hop group has launched another product for their fans: a new collection of Wu-Tang brand coolers with an outdoor equipment company, Igloo.

The Wu-Tang Clan x Igloo collaboration is an officially licensed collection from the band, and it’s now available to buy online with prices starting at $44.99. The line includes two coolers with Wu-Tang-inspired colors and patterns, and it joins other iconic musical collaborations the cooler company has launched over the past year, including collections celebrating Notorious BIG, Iron Maiden and Grateful. Dead, to name a few.

For its own line, Wu-Tang released a small cooler, called Dojo Little Playmate, which comes in the band’s signature yellow colorway. With “Wu-Tang Clan” and “Shaolin Style” displayed on the top of the lid, Igloo says the Dojo artwork is inspired by “Wu-Tang’s well-known love of martial arts.”

The Dojo cooler uses eco-friendly insulation, as well as the brand’s Thermecool foam to keep your drinks cold all day. With a 7-quart load capacity, fans can pack it with up to nine cans – a perfect size for days at the park or summer festivals.

For fans looking for a larger carrier for their cold drinks and food, the band also released their Wu-Tang Clan Dragons Playmate Classic Cooler, a 14-quart carrier that can hold triple the amount of cans. of 9 ounces from the Little Playmate – 26 cans, plus ice to be exact. The single-handle design always makes the lightweight cooler easy to carry, and it’s easy to open the ten-lid lid on the side when you want to grab a drink.

“Being able to create Playmate coolers inspired by the revolutionary Wu-Tang Clan is a huge honor for us,” said Brian Garofalow, Igloo’s chief marketing officer, in a press release. “With a collaborative approach to designing the artwork, we know Wu-Tang fans will be happy to own this collectible.”

Fans can officially start collecting their new Wu-Tang Clan coolers now at Igloo.com. The cooler collab comes on the heels of the 25th anniversary of the band’s debut album, Wu-Tang forever.