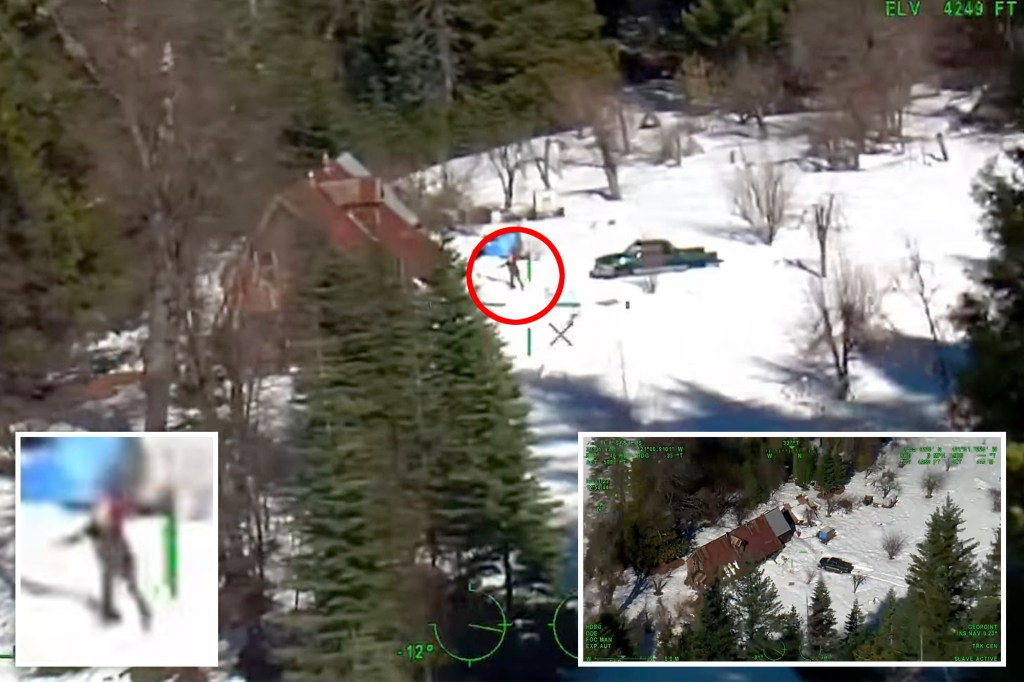 A Californian couple and their dog were rescued by helicopter this week from a remote cabin, where they spent two months trapped in snow.

The couple were stranded in their Sierra County cabin on Dec. 6 when heavy snowfall and downed trees prevented them from leaving, the authorities said.

They called for help on Tuesday when they ran out of supplies.

A California Highway Patrol rescue helicopter was brought in to assist when the Sierra County Sheriff’s Office was unable to access the remote property by road.

Footage taken from the helicopter showed mounds of snow completely covering the front of the cabin, almost reaching the roof.

A car parked outside also appeared to be covered in snow.

Authorities said the helicopter managed to land near the cabin, despite “very strong winds”.

The couple and their dog were then airlifted to safety.

The story of the Ugly House: The mysterious Welsh cottage full of history and legend that no one knows who built