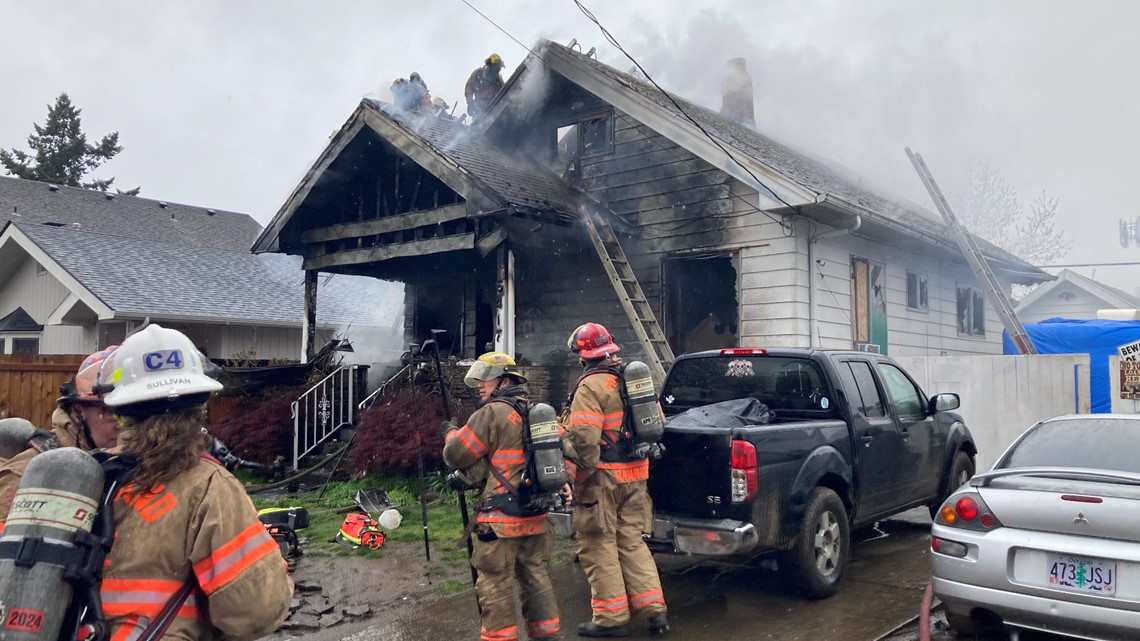 Candles light a fire at a Southeast Portland home

Fire investigators learned that the house had no electricity and residents were using candles for warmth.

PORTLAND, Ore. — An unattended candle ignited a fire at a home in southeast Portland that caused minor burns to one of the occupants Wednesday morning, according to Portland Fire & Rescue (PF&R).

A fire crew arrived at heavy flames coming from both floors of the home on Southeast 84th Avenue near Duke Street Southeast shortly after 11:15 a.m. Firefighters were notified that several people were living at the home , but everyone got out.

They searched the house to check that no one else was inside when they extinguished the flames.

“Crews were able to attack the fire quickly, but it took a little longer to fully extinguish it as the fire seeped into the voids in the attic and second-story roof,” PF&R said in a statement. Press release.

A resident in his 50s had burns to his hand, PF&R said, but they were treated at the scene and refused to be taken to hospital by ambulance. No other injuries were reported.

Fire investigators later learned that the house had no electricity and residents were using candles for warmth. They said an unattended candle burned down the house.

Candles cause thousands of fires every year, PR&R said. The agency reminds the public never to leave burning candles unattended.

A week earlier, PF&R responded to a house fire in northeast Portland in which a man died and a woman was seriously injured. The cause of this fire was not immediately revealed.

Block Island Ghost Tours “Get in The Spirit” Open House