Chris Brown from Igloo on becoming a climate ambassador, Tesla-powered homes and why COP26 is big business

Brought together by the UKGBC for their “vision and unwavering commitment to climate action,” the ambassadors hope to use the conference to “galvanize stronger industry and government commitment and action towards a zero carbon footprint by 2050 “.

The other ambassadors are architects Sunand Prasad, director of Perkins & Will, and Diba Salam, founder of StudioDS, alongside TV presenter Kevin McCloud and former CEO of The Estate of the Crown, Alison Nimmo.

Here, Brown talks to the AJ about what he hopes to achieve as a climate ambassador, what Igloo is already doing to tackle carbon emissions, his frustrations with landowners demolishing buildings before they go. be able to buy them and why COP26 is such a big deal.

Why did you want to become a climate ambassador?
It’s a short question with a long answer. COP26 has been a very big deal for me for a very long time. It’s partly because it’s a big deal and partly because it’s in Glasgow. I spent most of my childhood in Glasgow and spent a lot of time in the city thanks to Igloo’s partnerships with Scottish Canals, Glasgow City Council and the regeneration projects we have carried out together in as part of the Glasgow Canal Regeneration Partnership. Long before the pandemic, we were planning to host events on the sidelines of COP26, a few performances of Jonathon Porritt’s brilliant and upbeat play on climate change. The world we created.

When I was asked to be a climate ambassador for the built environment, I still had to think seriously. It’s a big time commitment. Igloo was created 21 years ago this month to use real estate to help meet the needs of society within the confines of the planet.

The industry then thought we were crazy; It is therefore a long road traveled but we must all go much further and above all faster. We have always wanted to help make the response to the climate emergency become mainstream in the industry, but we have mainly tried to do so by carrying out exemplary projects, with our advocacy based on them.

The industry thought we were crazy

In the end, a friend of mine who works for the COP26 team explained how important it is for companies in all sectors to show their support to help influence government negotiators – and I had already booked an AirBnB in Glasgow for the duration of the conference. , so I said yes.

What will be the role?
That will be what we do with it. UKGBC is doing extremely important work as part of a global initiative to create a lifelong net zero carbon roadmap for the built environment that will be ready by COP26. Hope to spend some of my time helping with this and then helping to communicate it.

Many of my fellow Ambassadors are much better connected than I am, so they will spend their time talking to senior industry executives to make visible to the world the enormous efforts being made to tackle climate change in a way that influences those who don’t. do not have the memo yet.

What do you hope to change?
My personal goal is that zero carbon means zero carbon in the real estate industry. This means that we need to take the carbon emitted seriously from the start when producing the materials we use to construct or renovate buildings.

The UK Climate Change Committee says this [calculating embodied carbon] should be incorporated into the Future Homes standard. Other countries are already doing this so it is extremely frustrating that the UK is late as it will be a difficult trip and it is impossible to overstate the urgency.

We can build zero carbon buildings to operate, which means 100% of their climate impact comes from their construction. We have a strict limit on the greenhouse gases we can emit, so if we are to continue building and modernizing, we must reduce this. [embodied] carbon now.

How hopeful are you about what COP26 can achieve?
Intergovernmental negotiations are well above my level of remuneration. Obviously I want a global agreement on NDCs (Nationally Determined Contributions), which give us a chance to keep temperature increases below 1.5 degrees, above pre-industrial levels. I have no idea if this will be achieved.

What happens is going to have to be radical

The 2050 net zero targets have been described to me as a cloak to hide our inactivity. What matters is what will happen in the next few years and, because we have been very slow to act, it is going to have to be radical.

So I focus on what I can influence. Igloo is a BCorps and we have signed up to be part of the UN Race to Zero. Signing up is just the very small first step. I see it as a race, a sprint, and the more of us who participate in the race, the more chances we have.

As a developer, what are you doing to face the climate emergency?
We have been living this journey since our training. First you need to figure out what you need to do. Then you have to figure out how to deal with market forces pushing in the opposite direction and regulation that is behind schedule. We have a process, Igloo Footprint, which integrates our People, Place and Planet objective into our projects, and partners who share our ambitions. So we’ve been doing things like fabric houses first for a while and we only build in places where combustion engine cars aren’t needed and on brownfields.

Right now, for example, with Nationwide Building Society, we’re building homes in Swindon without gas – so Future Homes Standard five years ahead of regulation. In Nottingham, with City Council and PfP Capital, we have a pilot project with partners who have built a community micro-grid with Tesla’s largest community-level battery in Europe. In Sunderland, together with City Council, we plan to showcase the latest in sustainability at a FutureLiving Expo in 2023.

But we have to go much further and faster. We have invested in research and design to support this. Together with our Sunderland design team, including MawsonKerr and Useful Projects, we won the Home of 2030 government design competition and are now trying to secure funding to build the six shortlisted applications. And we’ve worked with the government-funded Active Building Center to better understand how to reduce initial carbon and we’re developing a simple tool to help create Planet Positive homes.

WINNER Igloo Regeneration with Helpful Projects, Expedition Engineers & Mawson Kerr Architects [+Home concept]: Proposals for self-contained, community-run houses that people can design for themselves. and which would be recyclable at the end of their use. Street view (2030 House design competition)

What do you expect from your architects to help you in your net zero drive?
We are working with architects and design teams who can help us on this journey. All of our architects are involved in our imprint process, by participating in the co-creation workshops that we run at the start of each project to develop the project imprint plan.

BIM is essential because it is the best tool to calculate initial carbon during the design process. And an understanding of natural materials like wood.

Do you have a renovation policy first – and what could the government do to specifically help in this area?
We have a circular economy approach. It is one of the six pillars of the imprint. Most of our projects are on cleared brownfields and it has been a huge frustration when landowners demolish existing buildings before we can buy them – for character, as well as carbon reasons. In Glasgow, in Dundashill, previous owners, Diageo, destroyed an astonishing iconic fireplace, considered the tallest structure of its kind in the world when it was built.

The challenge of modernization is probably the most difficult and the most urgent that we currently have as a country. I’m currently working with the London Borough of Newham, which is developing a really exciting – and potentially scalable – project to tackle the Victorian terraced housing stock.

But the government must get involved, competently. The political approach is complicated. We need a mandatory and progressive minimum energy efficiency path that requires all buildings to be upgraded through EPC steps up to EPC A +. And it’s urgent, so we need to tackle the remaining F and G EPC buildings now and increase every letter every two years. It is a massive challenge of engagement, supply chain, technical and public funding.

At the same time, we need to regulate the initial carbon as we do for the carbon in use. If we can properly factor the cost of the initial carbon offsetting into development assessments, the industry will begin to make more rational decisions about modernization versus demolition and new construction. 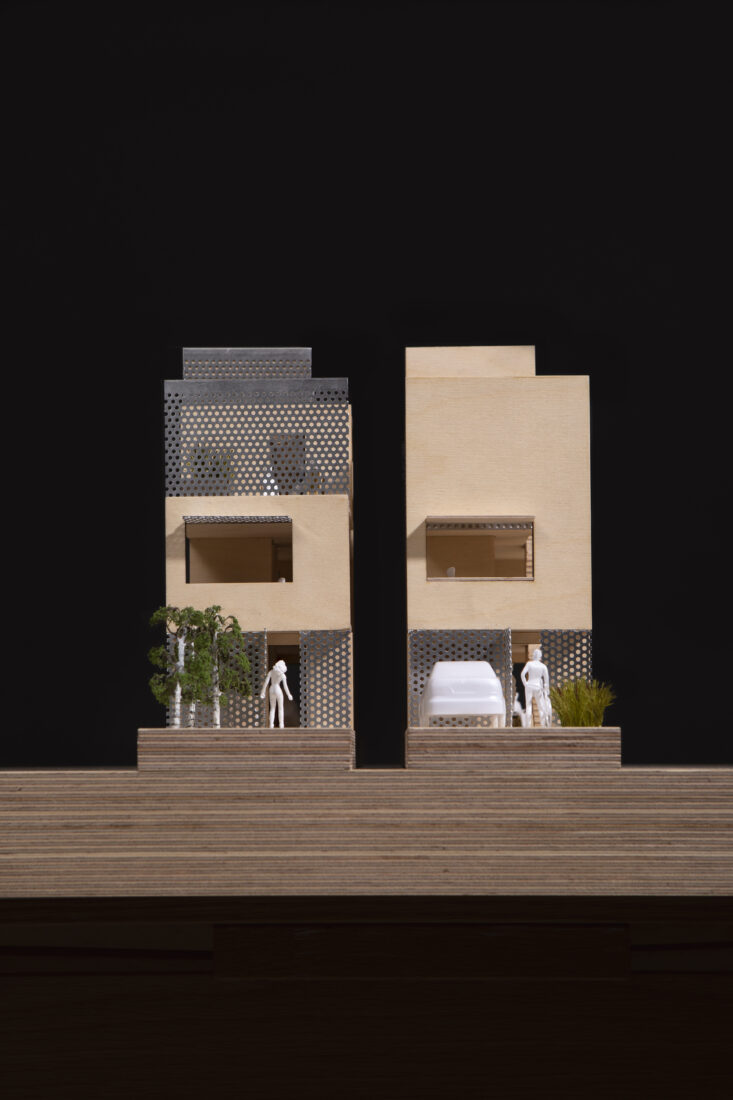 A new look for the igloo