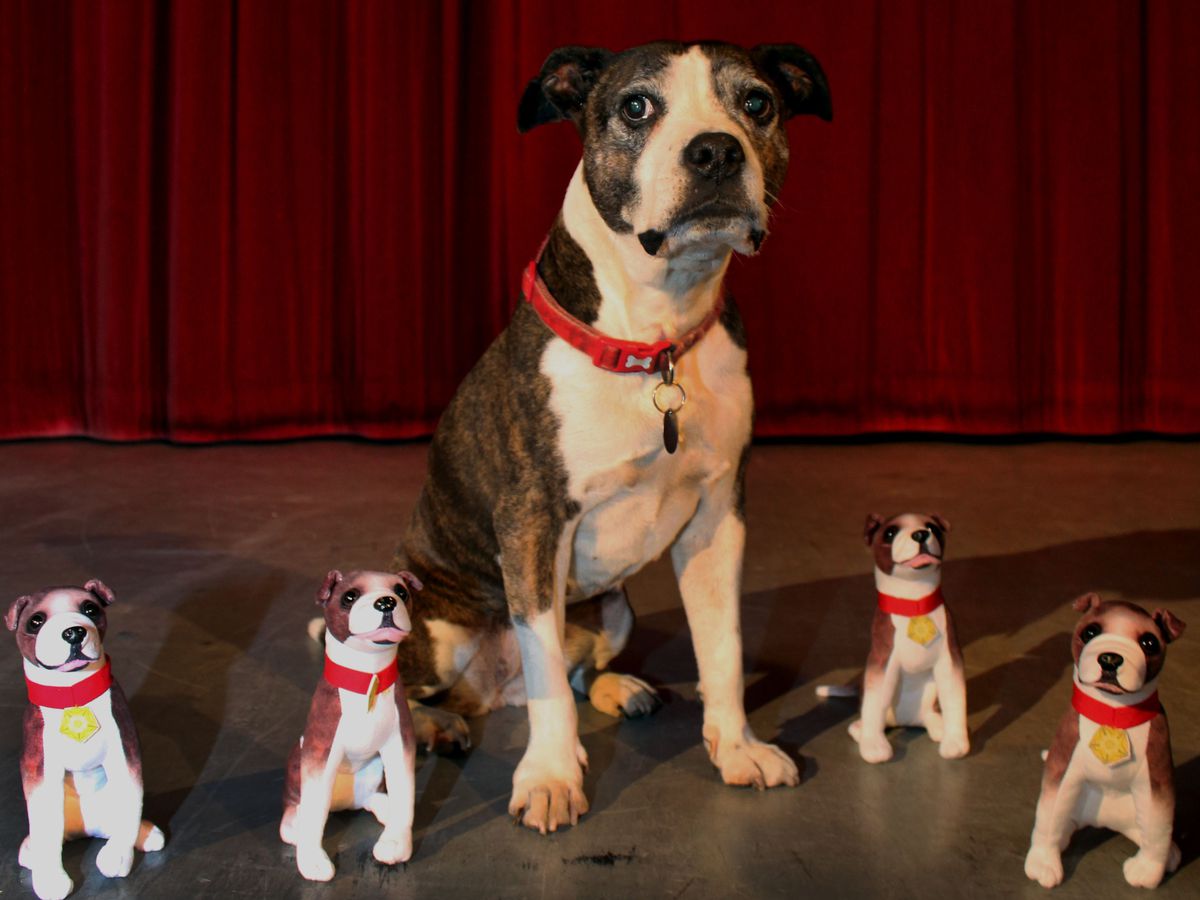 Tara, an 11-year-old Staffordshire Bull Terrier, took on the role of Rufus in the upcoming musical “Legally Blonde”, presented at Town Hall by the Tudor Musical Comedy Society.

And it’s so popular it’s even been recreated as a plush toy for sale to supporters of the heritage charity place to raise money for maintenance and renovations.

Julie Rennison, who runs Town Hall and adopted Tara the Staffie in 2016 with her partner Mike Sadler, explained how Tara got involved in Town Hall.

â€œIn October 2018, Tara collapsed and was diagnosed with a growing heart tumor,â€ she said. â€œShe received emergency treatment and we were told to expect the worst in the coming weeks.

â€œSuddenly, Tara started coming to work, either with me at the town hall, or at the factory of my partner Nameplate UK. It has become normal for her to be in the office, attending sound checks and meetings and the lovely staff buying her a packet of pork gratins!

â€œWhen the lockdown arrived, she was often my only companion in the large building, and I started an instagram account of her ‘Town Hall Tara’ adventures. She became and continues to be the mascot of the donation center of the dog and cat food bank and began to be followed by people bringing dog food to their â€œfurry neighbors in need.â€ Our team looked at toys used as mascots by large charities and a prototype of “Tiny Tara” was ordered, with a Tudor rose on her collar.

“We have decided to make her the official mascot for our next fundraising period, which includes essential repairs to the roof and stone railings on the front of the building.”

Tara will be doing her stage performance in Legally Blonde from November 9th to 13th.

The show centers around the story of Elle Woods, played by Katie Millington, who, after being dumped by her boyfriend Warner (Alan Rowe), follows him to Harvard Law School.

The production, based on the hit 2001 film, features two canine characters, Elle’s Chihuahua Bruiser – played by local pet Poppy, whose owner Kim Waldron is in the cast, and the Bulldog or Bull Terrier. by Paulette, Rufus.

This is the 60th year of the Tudor Musical Comedy Society, founded in 1961 in Sutton Coldfield by a group of friends Roy Gaunt, Betty Gaunt and Doreen Marlow.

“Tara is due to start rehearsals for ‘Legally Blonde’ soon and she’s so used to being in the theater that we know she will be natural!” added Julie.

Meanwhile, the toy, which costs Â£ 10, can be purchased at the box office or at any show.

They are also available for purchase online on the town hall website. Every penny goes to protect and improve the building.

Generous glazing floods the interior of a small, compact house with daylight