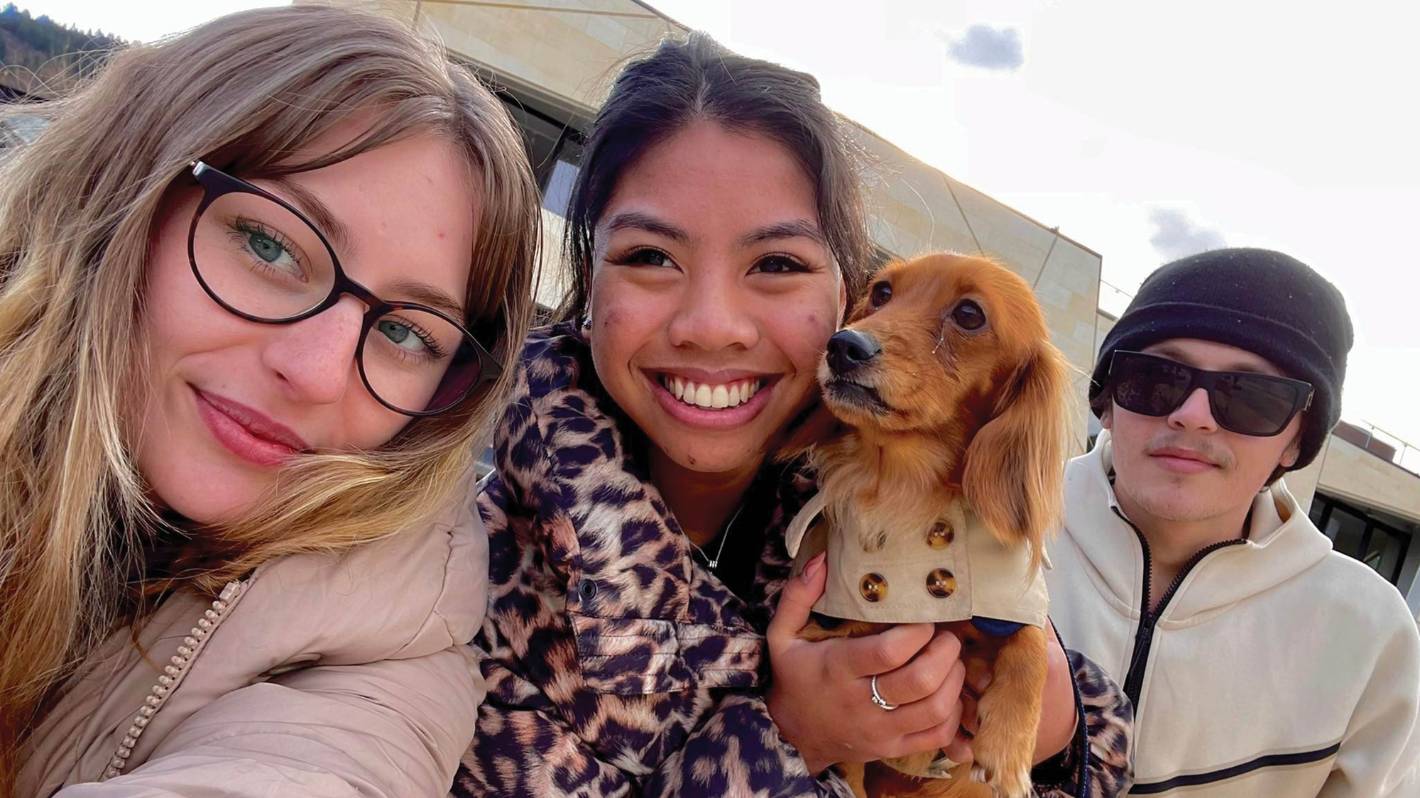 A dispute over a dachshund has revealed a legal quirk where caring for a dog for more than 72 hours could make it yours.

Last Saturday, Ben Mellor and Mckay McMillan returned home from a 21st birthday party to find their dog, Lyla, missing from their home in Frankton, Queenstown.

Mellor and McMillan registered the dog with the Queenstown Lakes District Council after finding her apparently abandoned at a “friend of a friend’s” home in April. They said Lyla was unhealthy, underweight and shy.

“His fingernails [had] grown up, and his anxiety was through the roof,” Mellor said.

READ MORE:
* “It’s our dog”: the strange story of Louis the stolen chihuahua
* Epsom residents ‘feel sick’ after learning their $2,000 dog was stolen
* An unwanted SPCA dog is about to embark on an explosive career

“We had only been gone for five hours…and our door unlocked, and she was gone.”

The couple spent $85 on registration and $18 on pet food per week. A purebred dachshund can cost up to $4,000, but the couple didn’t pay for it.

Mellor posted on the Queenstown Missing Pets Facebook page on Sunday that Lyla had been stolen.

A response came from Clayton Latta: “Umm, you stole her from me in the first place…You never saved her.” I was in Auckland and did not return home without a dog.

“[You’re] not get her back, so give up, she wasn’t yours in the first place.

The dog is now believed to be with Latta’s former partner Natasha McCrostie. She appears to be the dog’s second owner and previously registered him with the Central Otago Regional Council – but the registration had expired.

An ownership dispute ensues, with Mellor and McMillan saying they are willing to go to court to get Lyla back.

Determining who owns the dog may require this.

Queenstown Police, Queenstown Lakes District Council and the New Zealand Companion Animal Register (NZCAR) – which issues microchips – all say it is not their responsibility to determine the owner of the dog.

A Canterbury Community Law spokesperson said the law says neither registration nor microchipping proves who owns an animal.

The Dog Control Act defines an “owner” not only as the person who owns a dog, but also as a person who has had a dog in their possession for more than 72 hours.

“Essentially, there’s no single definitive proof of who owns a dog, so if they can’t get along with each other, a court would have to make a decision.”

“Normally, if you give up something, you give up any ownership rights in it. If someone then found the dog and was unable to locate the owner, they would then be required to register it with the council as their care,’ the spokesperson said.

But if a previous owner could show the court that the dog was stolen and then registered, the dog would likely be returned to its original owner.

In a dispute, a microchip in a person’s name would be a strong indicator that they owned it, they said.

Lyla’s microchip was linked on the National Dog Database to McCrostie and Mellor at different times.

“A lot of times it comes down to one person’s word against the other,” the community law spokesman said.

“Whose pet is registered would potentially be part of these investigations,” a spokesperson said.

While the Dog Control Act states that both new and old owners must give written notice to the council of a change in ownership within 14 days, each council has its own dog control policy and regulations. .

A change of ownership form at Queenstown Lakes District Council requires both parties to sign. However, Mellor filled out a new dog ownership form because Lyla’s registration was with another council – and lapsed.

A Queenstown Lakes District Council spokesperson said: ‘Any dispute over dog ownership is a civil/police matter.’

NZCAR said it cannot legally determine “ownership” of an animal. “In the event of a dispute over ownership of an animal, we advise parties to seek legal advice, speak to the police, the SPCA or, in the case of dogs, speak to their local council,” a said managing director David Lloyd.

The SPCA said property disputes are a police matter.

McMillan and Mellor were upset that Lyla was taken.

“We never go out without Lyla, she always comes with us, but we had a 21st, we couldn’t take her,” McMillan said.