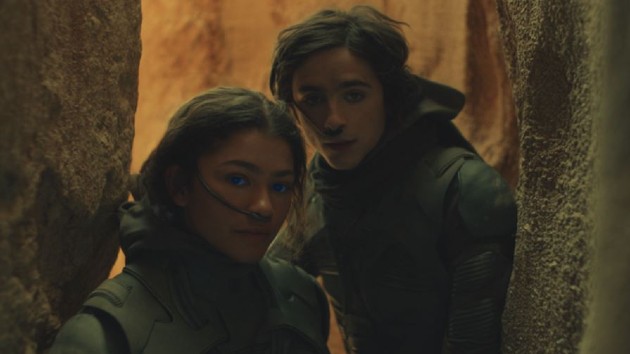 ‘Dune’, ‘The Power of the Dog’ tops for movies, ‘Ted Lasso’ and ‘Succession’ for TV with American Film Institute

Once again, the American Film Institute has selected the best movies and TV series of the year, and this year’s winners include Emmy winners. Ted lasso and Succession TV side, and movies Dune, and The power of the dog, and Steven spielberg‘s West Side Story.

Each year, the organization recognizes 10 entries for the big and small screen, as well as a number of â€œspecialâ€ winners. Each of the 10 films and 10 TV shows chosen was “judged culturally and artistically representative of this year’s most significant achievements in the art of the moving image.”

In addition, AFI has chosen a handful of works, Kenneth branagh‘s Belfast, and the Netflix smash Squid game for its annual special award, “nominated for works of excellence that do not meet the criteria of the Institute of American Film and Television”.

The winners will be celebrated at a private reception on January 7, 2022. On January 8, the AFI Movie Club will feature them, along with new content exclusive to AFI.com.

Here are the winners of the AFI AWARDS 2021:

AFI FILMS OF THE YEAR

AFI TELEVISION PROGRAMS OF THE YEAR

Belfast
Squid game
Summer of the soul (… Or, when the revolution couldn’t be televised)

Gifts they can wear outside the home in 2022