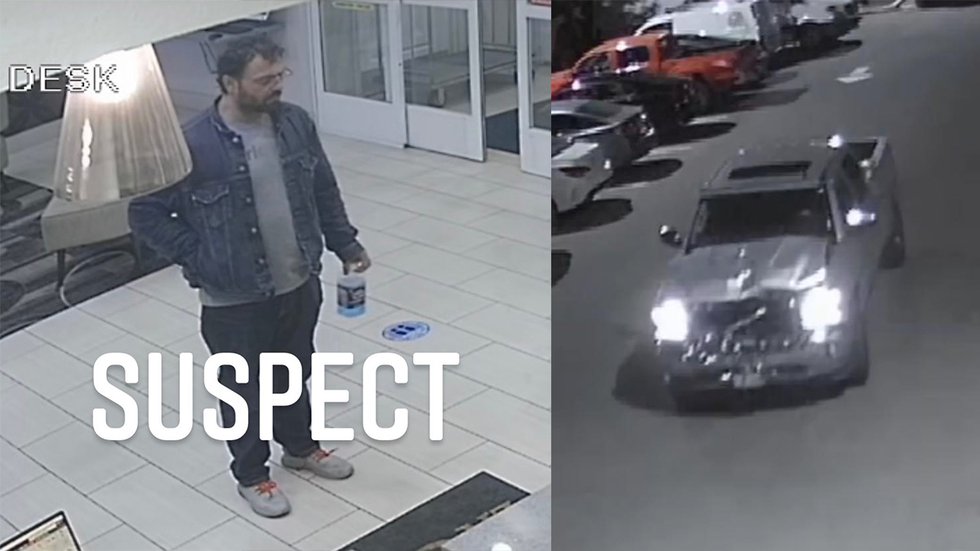 FRESNO, Calif. (Gray News) – Police are looking for the suspect in a fatal hit-and-run in which they say the victim and his dog were killed and dragged more than eight miles.

The Fresno Police Department said shortly before 2 a.m. Friday, officers were dispatched to a La Quinta hostel for reports of a dead body in the parking lot. When officers arrived, they found the partial remains of a woman.

During the investigation, officers learned that the woman had been struck by a vehicle at an intersection more than 8 miles from the hotel. Police found the victim, identified as a 29-year-old woman known to be visiting the area, was pushing a shopping cart and walking her dog on a leash when she was struck.

Police also said they believed the woman was crossing at a crosswalk when she was hit.

Police say the woman was pinned under the suspect’s vehicle and dragged more than eight miles until the truck stopped at the La Quinta Inn.

Fresno police said the suspect vehicle was a later model, full-size silver Chevrolet Silverado with a sunroof, light bar and a silver toolbox in the bed. Police say the truck suffered extensive front end damage after hitting the victim and his dog.

Police are asking for the public’s help in identifying the suspect. If you have any information or see the vehicle, please call Detective Robert Cegielski at (559) 621-5064 or Detective Brian Hance at (559) 621-5057.