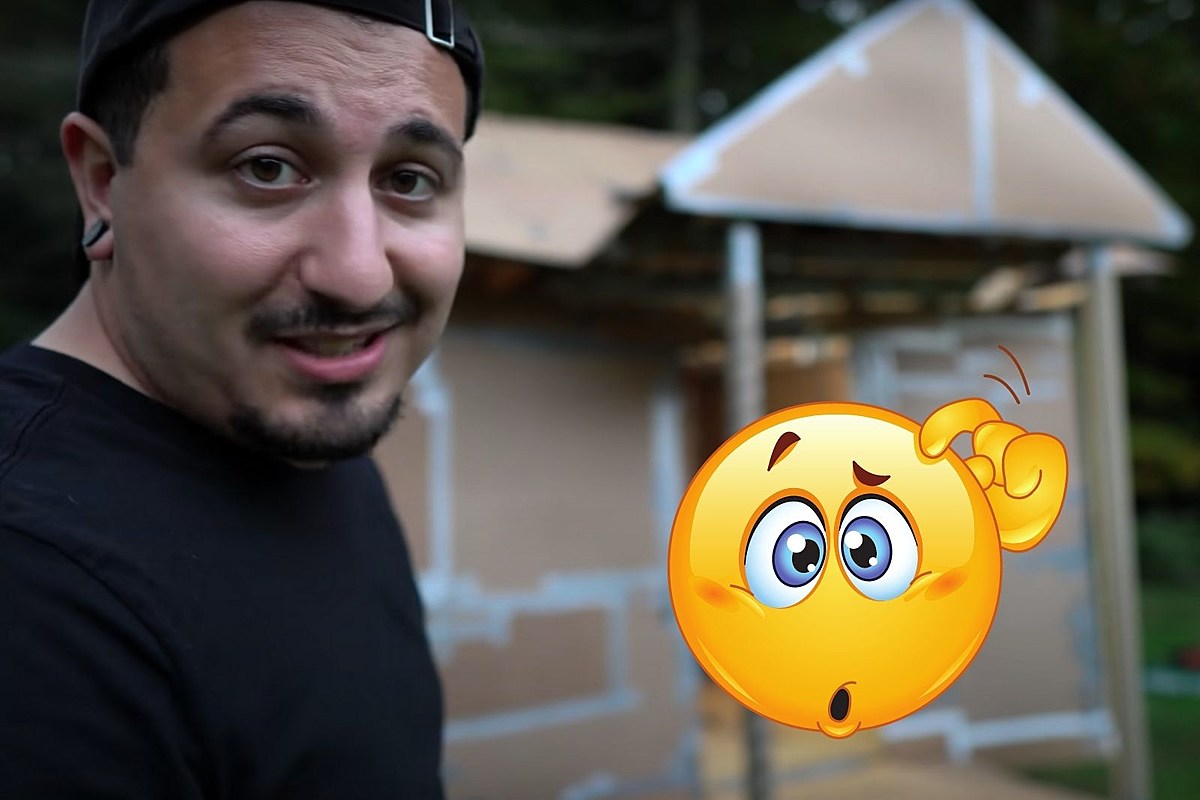 Growing up in a construction family, I spent a lot of time building stuff. I helped my father build the house where we grew up. It wasn’t just me, many others helped too. What I mean is that I have been building for a long time.

Most of my building experience has been building sets for the plays and musicals I directed. When you build sets, you use everything you have to get the job done. I’ve used tons of cardboard and tons of tape over the years.

On stage, from the audience’s perspective, you can’t really tell if a wall is cardboard. As long as the cardboard is attached to wooden beams, it can look like a real one. Simply paint the wall and attach moldings and you are good to go.

Cardboard, tape and a dream

I saw this video on social media. It was posted on YouTube last year by social star, Jake Carlini. This guy is not only a social media star, but a very good builder. He is also creative and funny. Jake as a great voice and his video editing skills to die for.

Jake builds all kinds of things. But, this time he got the idea to try and build a complete cardboard house and see if it would be accepted and listed as a legit place to stay on Airbnb.

Here is what I have. I built the world’s FIRST cardboard airbnb! Building a house out of cardboard is pretty fun, but getting it on Airbnb…woah what a thrill. plz under 2 mi Thats all i have! #cardboardairbnb #cardboardhouse #cardboard

Take a look at the cardboard house building and see if it lists it and, better yet, reserves it on Airbnb.

Jake also built a Spider-man wall. I love this guy.

Who is Jake Carlini?

Social star known for his self-titled YouTube channel, where he posts about building unconventional things like a cardboard Airbnb and rollerblades. His channel has more than 150,000 subscribers. He also posts vlogs of his daily life on his jakecarlini TikTok account, which has over 240,000 followers.

A Tiny Home For Sale In South Bend…Oh, The Possibilities

Ask the builder: what you learn from snooping around an old house