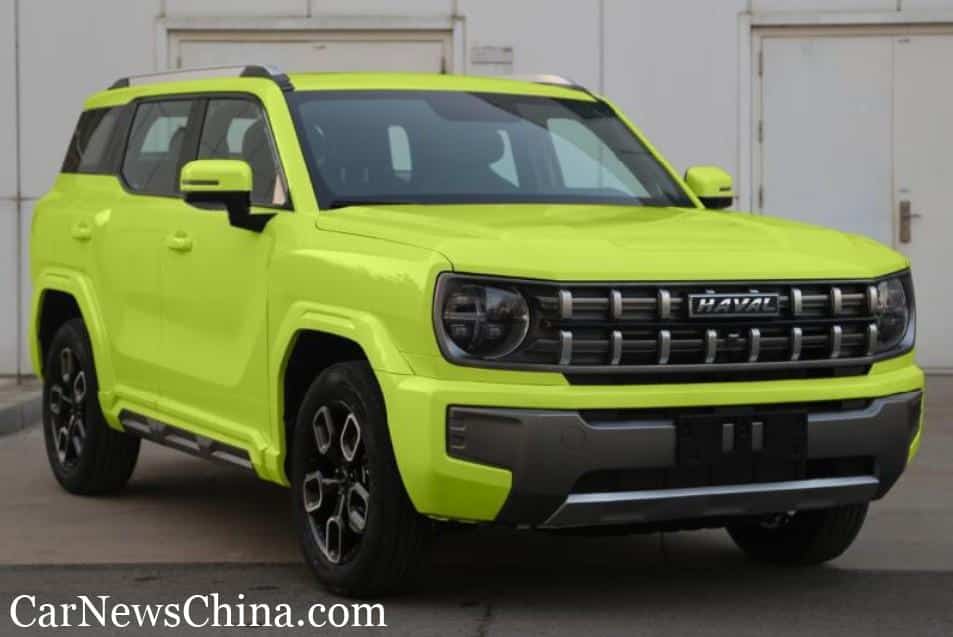 Haval Cool Dog is a cool but somewhat odd SUV

This yellow vehicle is the new Haval Cool Dog, formerly known as Haval X-Dog. The X-Dog debuted as a semi-concept at the Shanghai Auto Show, then visited some Haval dealerships to whet an appetite. The base design of the production version, now called Cool Dog, isn’t much different from the X-Dog, but a lot of the details have changed.

The differences make quite a list, in fact. Different bumpers, wheel arches, headlights, grille, hood and front fenders. The mirrors differ and have shifted a bit to the rear. The concept’s fancy retractable door handles have been replaced with standard stuff. Taken together, the changes result in a less complete overall design, less Tonka, and more reality, but still very cool.

The Cool Dog (é…· ç‹—) has a square body with small, narrow windows, and an even narrower third side window. It has “raw-looking” elements like the side bars, wheel arches, and roof rails, but it looks like the 18-inch wheels are too small compared to the rest of the car. Haval will offer 19-inch wheels as an option, but even those seem too small.

An interesting design detail is the housing of the third brake light, which sits in a sort of sliding double nacelle above the rear window. That same rear window is probably the strangest part of the Cool Dog’s design:

The window appears to be narrower than a mailbox. The rest of the rear is just as odd, with an odd body line and big lights that sit completely at the sides. Pretty it’s not.

The front is much nicer, with big round headlights with cross-shaped LED lights. The grille is cool too, and the bumper section looks ready for some serious off-road action. The Haval Cool Dog is powered by a 1.5-liter turbocharged four-cylinder petrol engine developing 184 hp, allowing it to reach a top speed of 175 km / h. Size: 4520/1875/1745, with a wheelbase of 2710 and a curb weight of 1710 kn.

The Haval Cool Dog will be launched in the Chinese automotive market in the first half of the year. A public debut is expected for the Beijing Auto Show in April.

4 places to dine in an igloo in Charlotte

Tiny House Planedennig is incredibly small, always has a small play area for a child