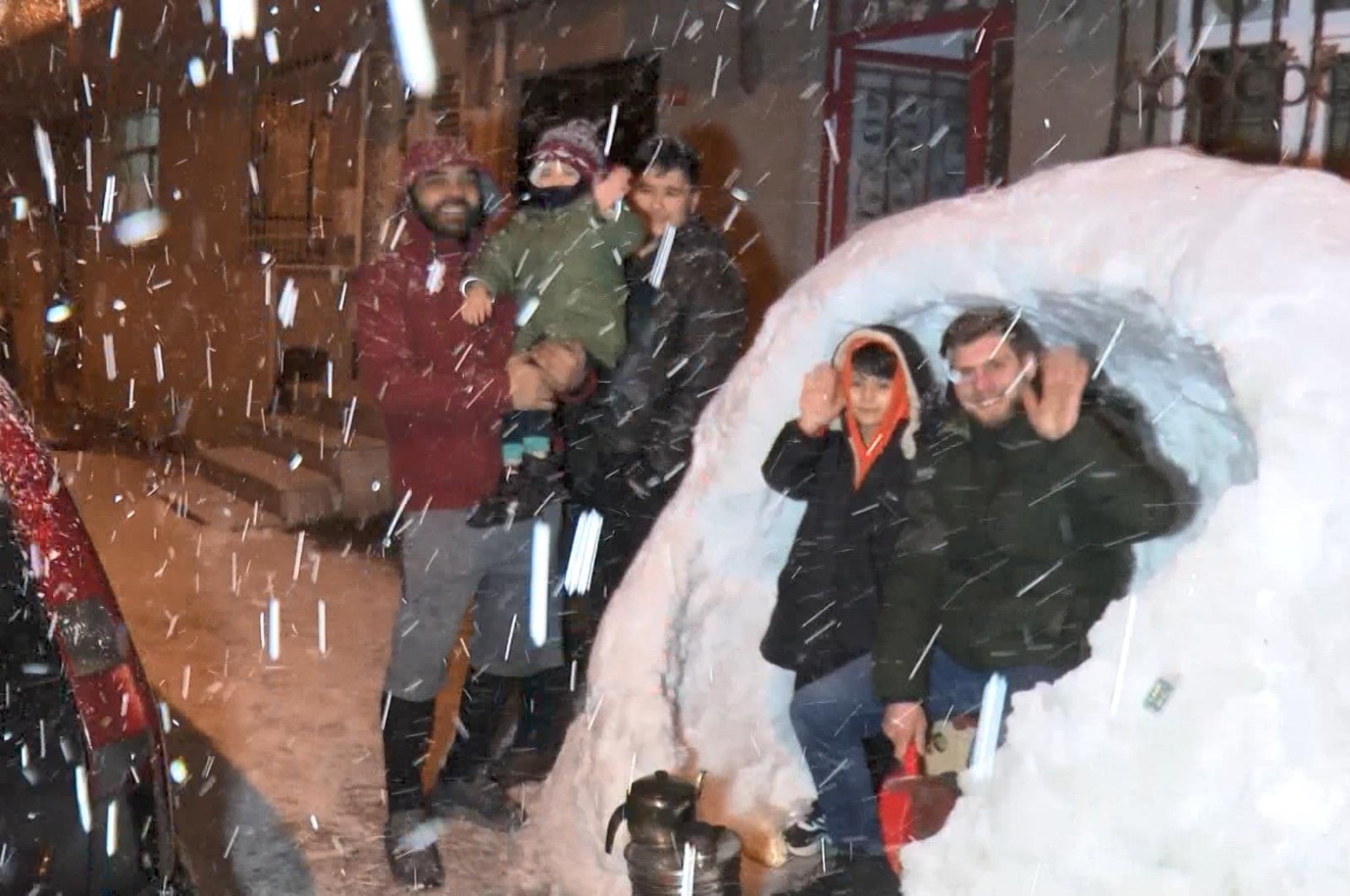 Heavy snowfall in Istanbul prompts residents to build an igloo

You may already be familiar with igloos in the Arctic. So don’t be surprised when you see one in the heart of Istanbul in Turkey during the recent heavy snowfall. That’s right, a group of metropolis residents took advantage of the heavy snowfall and built an igloo in their Sultangazi neighborhood.

All eyes were on the igloo as the neighborhood kids had fun while the residents brewed Turkish tea (of course) inside the igloo. Residents also took a souvenir photo with the igloo, even though it doesn’t quite look like the real thing.

An igloo is a type of snow-built shelter typically used by the Inuit of Canada and Greenland (Eskimos). In the Inuit language, igloo refers to all types of dwellings.

Stating that the idea of ​​building a house came from him, “We decided to do something interesting like this while everyone was making a snowman. We wanted to make a change with the kids. The idea to build a house came from me,” said local resident Ömer Mutlu.

Another resident, Recep Torun, said: “We all got together and built it. We invented our house while everyone was making a snowman. We made tea in our samovar. It was also beautiful.

Keep up to date with what is happening in Turkey, in its region and in the world.