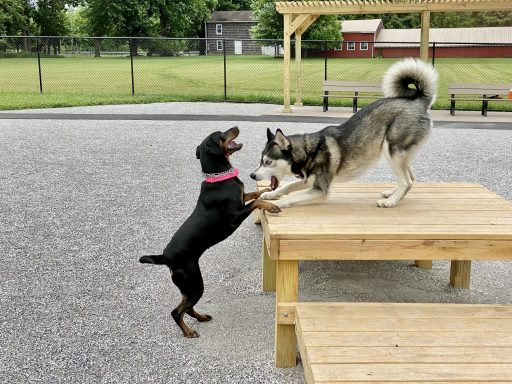 In January 2021, preparations were well underway for the construction of Holmdel Township’s Alexander Ching Memorial Dog Park (Alex’s Paw Park) located at Bayonet Farm, with a grand opening scheduled for Memorial Day. Part of this planning included park amenities, such as agility equipment and a message center kiosk. One of the dog park’s missions is to promote the involvement of the community, which plays an important role in the beautification and sustainability of the park.

Holmdel Scouts BSA Troop 131 is well known for its community service, and the troop has previously carried out other projects at Bayonet Farm. Alex’s Paw Park contacted Troop 131 Scout Leader Darryl Liedel, and by early February three enthusiastic scouts had pledged to volunteer their time and talents at the dog park. 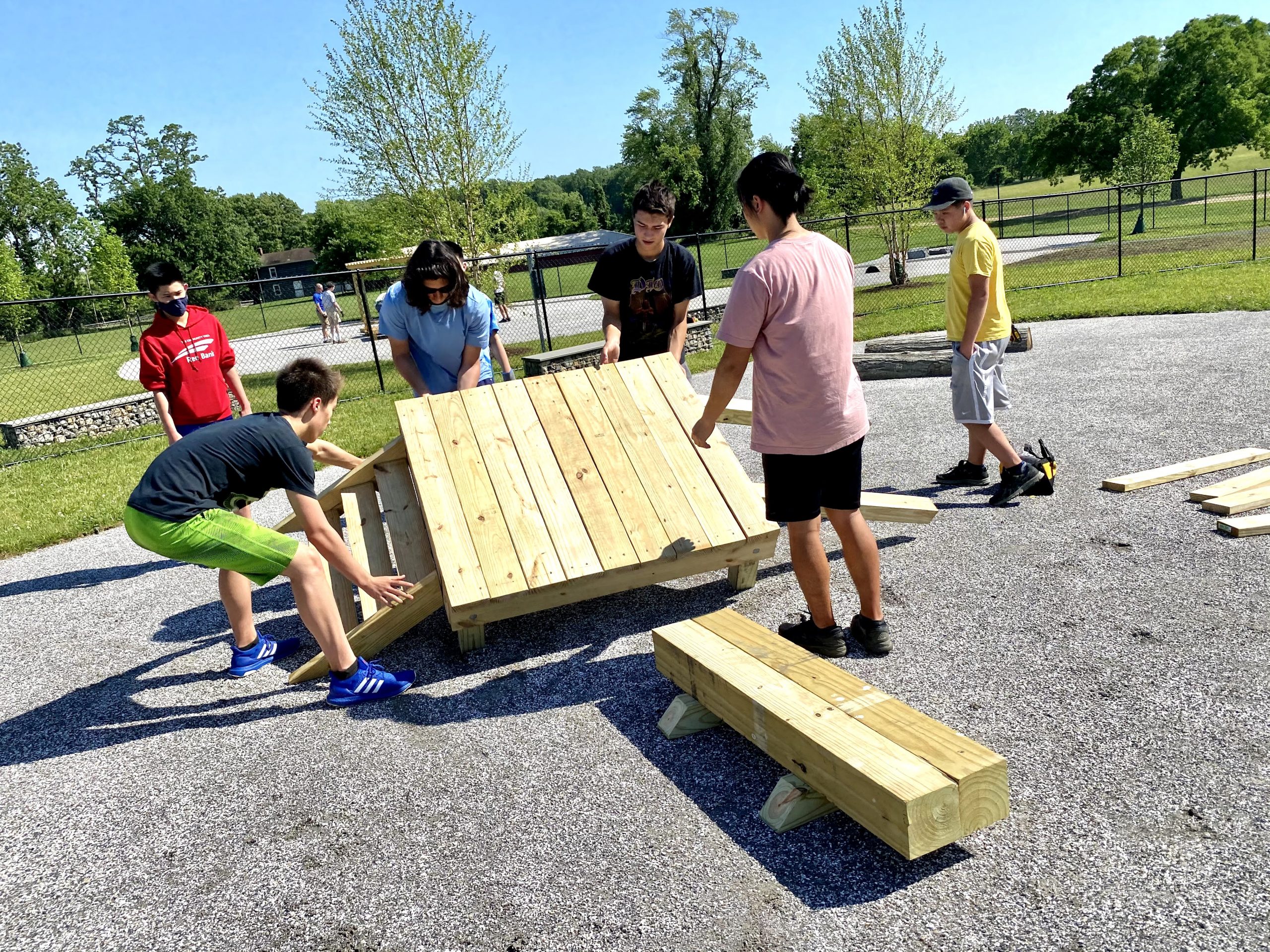 Over the next six months, Andrew Chen, Alexander “Zander” Fahs, and Dante Valer each worked on their Eagle Scout project, which is a prerequisite for earning the Eagle Scout rank. Scouts spent countless hours planning, designing, budgeting, coordinating and securing funds and supplies – and ultimately installing their structures – while working closely with Alex’s Paw Park, township officials, numerous vendors and the Eagle Scout Board.

During this time, Valer focused on the exterior of the park, as he oversaw the construction and installation of an impressive gazebo structure. His project incorporated design elements such as a metal roof, inspired by the nearby Gray Barn. The information booth greets patrons as they approach the park’s paved entrance and features news and updates about the dog park. Additionally, each month a photo collage titled “Pawty Pups”, which celebrates “barkdays” and “gotcha’days”, is displayed for all to enjoy.