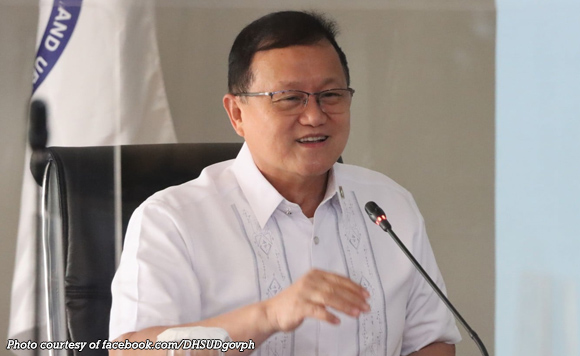 The Secretary of Human Settlements and Urban Development, Eduardo Del Rosario, inspected the existing model house for the new disaster-resistant housing modality in Mexico City in Pampanga on Saturday.

Called “My Balai”, the 45 square meter has a bedroom, toilet and bathroom, a loft and is surrounded by steel casement windows.

The all-concrete igloo-like housing is considered resistant to strong winds during typhoons, fireproof and termite proof.

Del Rosario said the resilient homes are initially being considered for construction in Batanes province, which is frequently visited by typhoons.

“Just recently we were hit by typhoon ‘Odette’ which damaged 1.2 million homes, so this kind of typhoon resistant technology is really needed, especially in areas along the east coast of the countries, which are usually hit by typhoons,” he said.

Del Rosario added that the construction cost of the said houses is low, as it is estimated at around 250,000 pesos for a bare type unit.

He added that the materials for the construction of the said unit are usually easily available and do not need to be imported.

“Right now we are looking at Batanes province first because they are already using this kind of technology, but we hope it will also be socially acceptable in other typhoon-prone parts of the country,” Del Rosario said. .