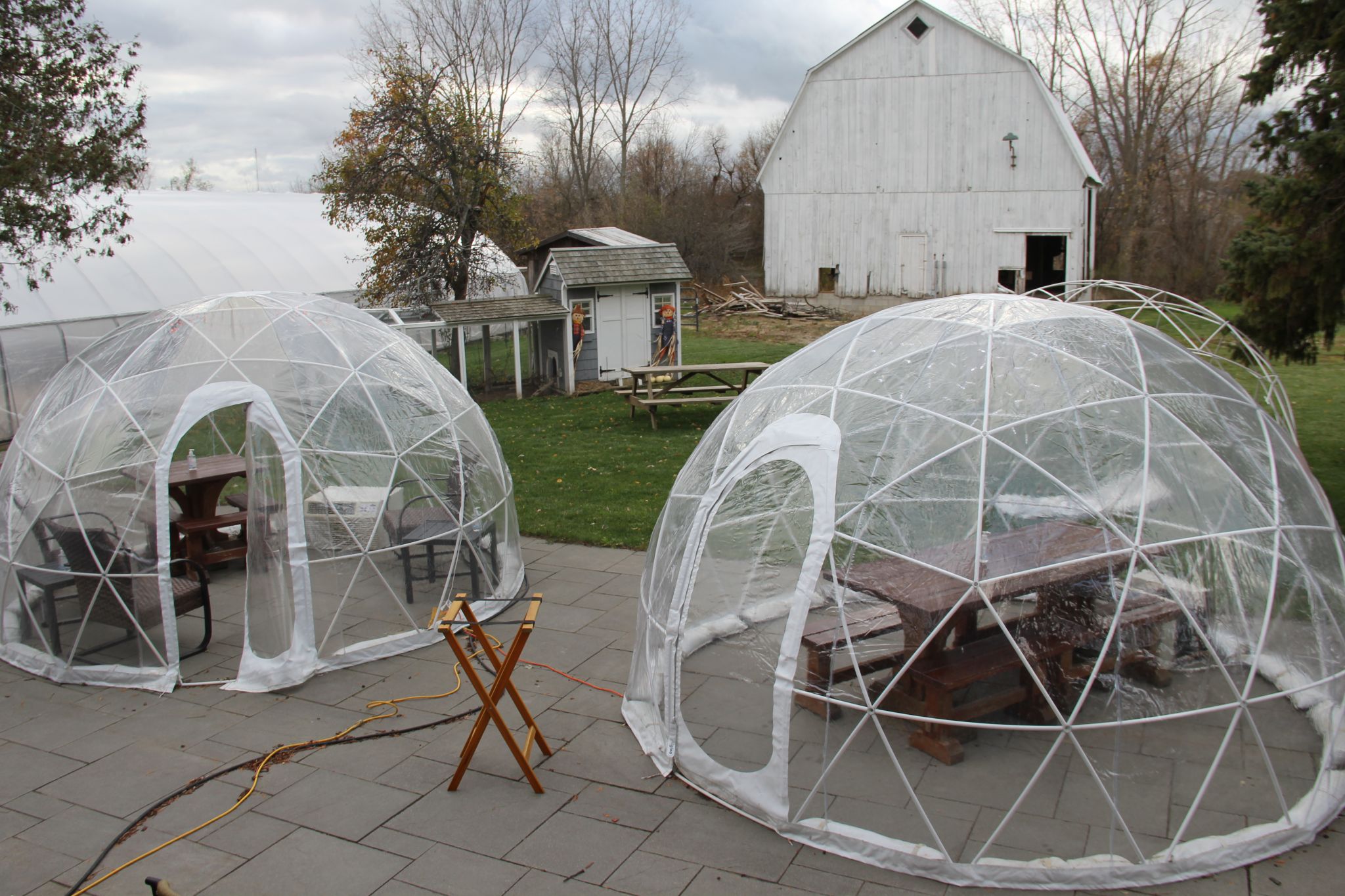 Due to popular demand, Bird Creek Farms has brought back a dining option that it introduced last year.

Guests can dine inside an igloo dome allowing people to eat outside even when it is snowing during the cold of winter.

The Port Austin restaurant currently has four igloos available for outdoor dining, with further plans to have up to eight available over the next few weeks.

â€œWith COVID, it worked perfectly as the meals inside were closed,â€ Bushie said. â€œWe were able to keep the igloos operational because they are considered meals out. People could still go outside during the COVID shutdown. “

Igloos can usually accommodate groups of up to six people, but they can accommodate up to eight people depending on how they are laid out inside. The interior contains the outdoor furniture that Bird Creek normally uses in the warmer months, as well as space heaters.

They are not far from where outdoor restaurant dining normally takes place, as it is easy for the waiters to get there. When it snows, the area should be cleaned up so that people can move around.

Bird Creek Farms attempted to keep the igloos during the summer because they come with umbrellas, but they were too hot to sit on. They should be left standing until late April or early May, when it is consistently hot.

The igloos are equipped with lights so that they can be illuminated at night. Bushie said it’s neat to sit in there when it snows.

Bushie said the igloos had been a big hit for them, given that when Bird Creek announced they were going up, reservations started to arrive.

â€œSaturdays are usually our biggest day of the week, and they’ve always been full on weekends,â€ Bushie said. â€œIt’s a different experience.

House Lust: an ecological oasis in Saunderstown is on the market