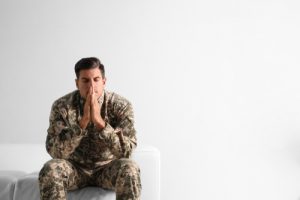 Bipartisan legislation sponsored by U.S. Representative Dave Joyce (R-OH) to prevent suicides among U.S. service members was approved on June 22 by the U.S. House of Representatives as part of a larger package related to the health.

“We can never truly repay the sacrifices made by our nation’s military, but by passing this legislation, Congress is taking one step closer to making a meaningful difference in the lives of countless American heroes and their families,” said Joyce.

In September 2021, the congressman introduced the 21st Century Military Suicide Prevention Act, HR 5352, with original lead co-sponsor U.S. Representative Jimmy Panetta (D-CA). According to the text of the bill.

Specifically, HR 5352 would require the DOD to pre-download the app called Virtual Hope Box and pre-program the National Suicide Hotline and Veterans Crisis Line onto service members’ government-issued smart devices, such as phones. , tablets and laptops, according to a summary of the bill from Representative Joyce’s office.

Additionally, the DOD would be required to use these resources during annual department-wide training on suicide prevention, the summary states.

“The men and women of the United States Armed Forces risk their lives fighting for our freedoms and security. Sadly, many service members are left with invisible scars that linger long after they return home and countless soldiers end up taking their own lives,” Rep. Joyce said. “That’s why I introduced the 21st Century Military Suicide Prevention Act, which uses modern technology to improve support for U.S. service members struggling with their mental health.”

His bill passed the House with a 402-20 vote on the biggest law, HR 7666, which restores hope for mental health and well-being, which reauthorizes up to exercise 2027, expands and otherwise amends various federal programs, grants, and related activities that focus on mental and behavioral health, according to the congressional bill summary.

On June 23, the US Senate received HR 7666 and referred it for review to the US Senate Committee on Health, Education, Labor and Pensions.