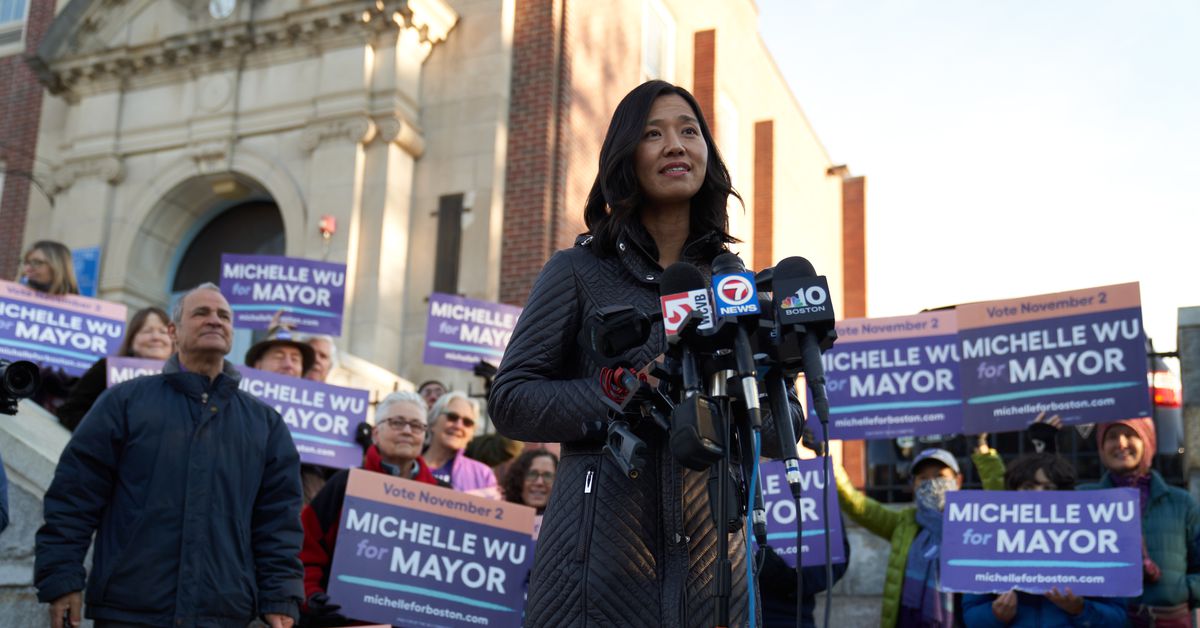 Michelle Wu, Illinois mayoral candidate, grew up in Barrington and ran a teahouse on Lincoln Ave. in Chicago

WASHINGTON – Michelle Wu, 36, won the Boston mayoral race on Tuesday, a rapid rise for the daughter of Taiwanese immigrants born in South Chicago, raised in Barrington and educated on bureaucracy when she graduated. battled with City Hall for permits to open a tea house at 4229 N. Lincoln Ave., in the north center.

Wu will be the first woman and the first person of color to be elected mayor of Boston.

Wu defeated Annissa Essaibi George, both Boston City Council members and Democrats. Essaibi is also the daughter of immigrants – her mother is Catholic from Poland and her father was Muslim from Tunisia.

I met Wu, now mayor-elect, on February 8, 2020, in New Hampshire, three days before the presidential primary when she spoke with students at the Harvard Institute of Politics and referred to its roots in Chicago.

At the time, a veteran of Boston City Council, she was in New Hampshire fieldworking for the presidential campaign of her former contracts professor at Harvard Law School, Senator Elizabeth Warren, D-Mass. . Warren’s campaign would end a few weeks later.

Before going any further, it’s worth noting that Boston’s two biggest political powers – Wu and Rep. Ayanna Pressley, D-Mass. – are both from Chicago.

Pressley became the first woman of color elected to Congress from Massachusetts, moving there to college after attending elite Francis W. Parker School in Lincoln Park, where she graduated in 1992.

Pressley had a difficult young life in Chicago, living in an Uptown apartment with his father in and out of jail. She dated Parker with Rep. Jan Schakowsky’s stepdaughter, D-Ill., And hung out at Schakowsky’s house in Evanston while growing up. Now the two progressives are both in the House.

â€œI remember when she was running for the first time. It was a big deal because there were no women on the board before during that time right before her, â€Wu said.

I asked Wu to tell me his story.

When Wu was a child, his family lived in Bridgeport; his father, Han Wu, was a student at the Illinois Institute of Technology.

The family got by with the help of social security programs like WIC, a federal food program for women, infants and children.

The family moved to the Midwest. Wu grew up mainly in the northwest suburbs of Barrington. She attended Roslyn Road Elementary School; Hough Street Primary; Prairie Middle School; and Barrington High, which graduated in 2003.

From there, she went to Harvard University and stayed in the Boston area – working as a business consultant – after graduating from an undergraduate degree. She returned to Barrington to care for her mother, Yu-min-Chen Wu, as her mental illness worsened and her younger sisters needed her help.

Coming from Barrington, â€œI ended up opening a little tea room in Chicago on the North Side. “

Managing the tiny tea house – known for its poetic open mic evenings – has given him a dose of the frustrations Chicago small business owners have in getting their inspections and permits. Her struggle with paperwork would inform her when she landed at Boston City Hall.

â€œWhen I opened the tearoom, we were so frustrated with the bureaucracy; These were inspections that could never be scheduled and permits “she could not get.” â€œThere were days when I had to take time off work to go sit at town hall and wait to ask a few questions.

“Finally, we crossed the street to Gene Schulter”, a reference to the old 47e Alderman of the parish. “And he had office hours so we stood in line during his office hours and talked to him, and then the next day we scheduled our inspection.”

After a few years, Wu decided to leave the tea house and go to Harvard Law School. She moved her mother and siblings to Cambridge. Her mother lives with her in Boston. Her father lives in Florida.

Wu tweeted after voting Tuesday, “414 days after launching this campaign, we just voted for Boston’s future.”