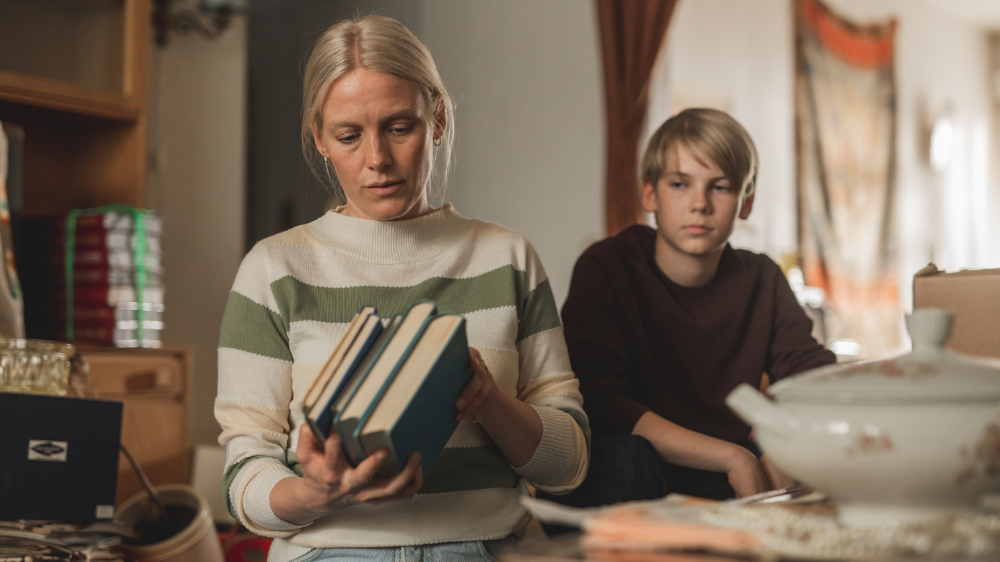 The 7th MipDrama ended on Sunday with the German series “House of Promises” named winner of the Buyers’ Coup de Coeur Award. While the showcase elicited mixed reactions from attendees gathered on site in Cannes – with only the Italian “Bangla” opting for a more humorous approach – the event marked a victory for Finland’s Elisa Viihde, presenting “Evilside,” “Summer of Sorrow,” and “The Invicibles” (with Viaplay also attached.)

It must be something of a record that three out of 10 series come from the same commissioning broadcaster,” said Sari Lempäinen, executive producer at Elisa Viihde. “We are excited and proud because they are all unique and brilliant.”

Here’s a look at the 10 shows featured at this year’s MipDrama:

“All That Remains” (Sweden)

With its palpable sexual tension and the chemistry between three leads reminiscent of Bernardo Bertolucci’s 2003 drama “The Dreamers,” this Swedish entry, marketed to teens and young adults, sees Matilda (newcomer Madeleine Ferraud), manage a heartbroken in the best way she can — also spending her summer with two other boys (singer Oscar Zia and “Tigers” star Erik Enge). Distributed by SVT Sales, it is based on Sandra Beijer’s novel.

In 2019, Phaim Bhuiyan presented “Bangla” at the Rotterdam Film Festival. Now the film that once won him a Donatello Award for Best New Director and was based on his own life is being turned into a RAI comedy series. Depicting many struggles in a relationship between a liberated young woman and a Muslim of Bangladeshi origin, born in Italy and torn between desire and his religious origin, the series also offers a look at the multicultural district of Torpignattara in Rome.

Michael Hirst follows “The Tudors” and “Vikings” with a surprising and personal take on Billy the Kid, starring Tom Blyth: an Epix Studios and MGM International Television production produced in association with Viaplay. “You think you know Billy the Kid because you’ve heard his name,” Hirst said. Variety at Series Mania after the show’s premiere. “You think he’s a bit brutal, a shooter and a killer. But all I’m going to tell you is the exact opposite. MGM is handling the distribution.

It only takes one birthday party for the facade of this “perfect” family to crumble, as Vivi’s father suddenly stabs her mother when she turns 44. Forced to grow overnight, also for the sake of her younger siblings, over the course of six suspenseful episodes, she soon realizes that multiple secrets and lies are just waiting to be uncovered – also on the past life of his parents. ZDF is on board as the main broadcaster.

Another Nordic entry to MipDrama this year, this Viaplay Original from SAM Productions (“Chestnut Man”, “Ragnarok”) turns to the works of writer Anne-Sophie Lunding-Sørensen and features the protagonist who does her best to survive. . Elvira has a habit of looking away – especially in a brothel where she works as a receptionist. But when one of the “working girls” named Candy goes missing, she doesn’t want to ignore the world anymore. Leave to explore the underground world of Copenhagen.

“The Evil Side” (Finland)

Directed by Jussi Hiltunen of “Bordertown,” this thriller zooms in on a bullied girl who must prove her innocence after a murder rocks her remote village. While its snowy setting might look familiar, the cast is more diverse, anchored by Amira Khalifa’s performance as the detective who helps her. “I really believe that we should portray the world as it is and in Finnish cinema and television we are not there yet,” said producer Antti Kaarlela. Variety after the showcase. “I strongly believe in making interesting casting choices.”

An undisputed MipDrama audience favourite, award-winning Buyer’s Choice, the series casts Naemi Feitisch and Ludwig Simon as young lovers hoping for a better and more stable future in 1920s Berlin – a new big store of credit, which is on everyone’s lips, could offer them just that. Boosted by its period setting and lively leads, “House of Promises” was directed by Sherry Hormann and Umut Dag. The series was produced by X-Filme Creative Pool for RTL Plus, with RTL Plus and VOX as main broadcasters.

Jani Volanen, star of Sundance hit ‘Hatching’, travels back in time to 1980s Helsinki. But this time it’s not just about nostalgia – it’s about a heartbreaking loss, as a boy disappears in what appears to be a peaceful and pleasant neighborhood. Sticking to the children’s point of view, it heightens the suspense that slowly turns a hot Finnish summer into something much more sinister. A Rabbit Films production, with Keshet International attached as distributor.

Set in the banking world of the early 1990s, this Finnish series, produced by Moskito Television with Aurora Studios, is inspired by real events. But despite all the money talk, viewers are sure to appreciate the complicated relationship between its two leads, whose conflicting worldviews are on a collision course. “The idea was to make them as different as possible,” director and head writer Matti Kinnunen admitted at Cannes. “I’m interested in the struggle that comes with trying to stick to your beliefs in this world and how much you’re willing to sacrifice to do so.”

This ambitious undertaking focuses on the dark side of football, echoing recent scandals and the Super League fiasco. Starting with three standalone series that will “form a global universe”, as teased during the showcase – “Promised Land”, which will show a woman investigating the death of her fiancé, “Prometheus” and “Power Play” – it will be immersed in the world of managers, investors and players. With various characters set to reappear in other settings, it should create “a cosmos every bit as diverse and compelling as football itself”.