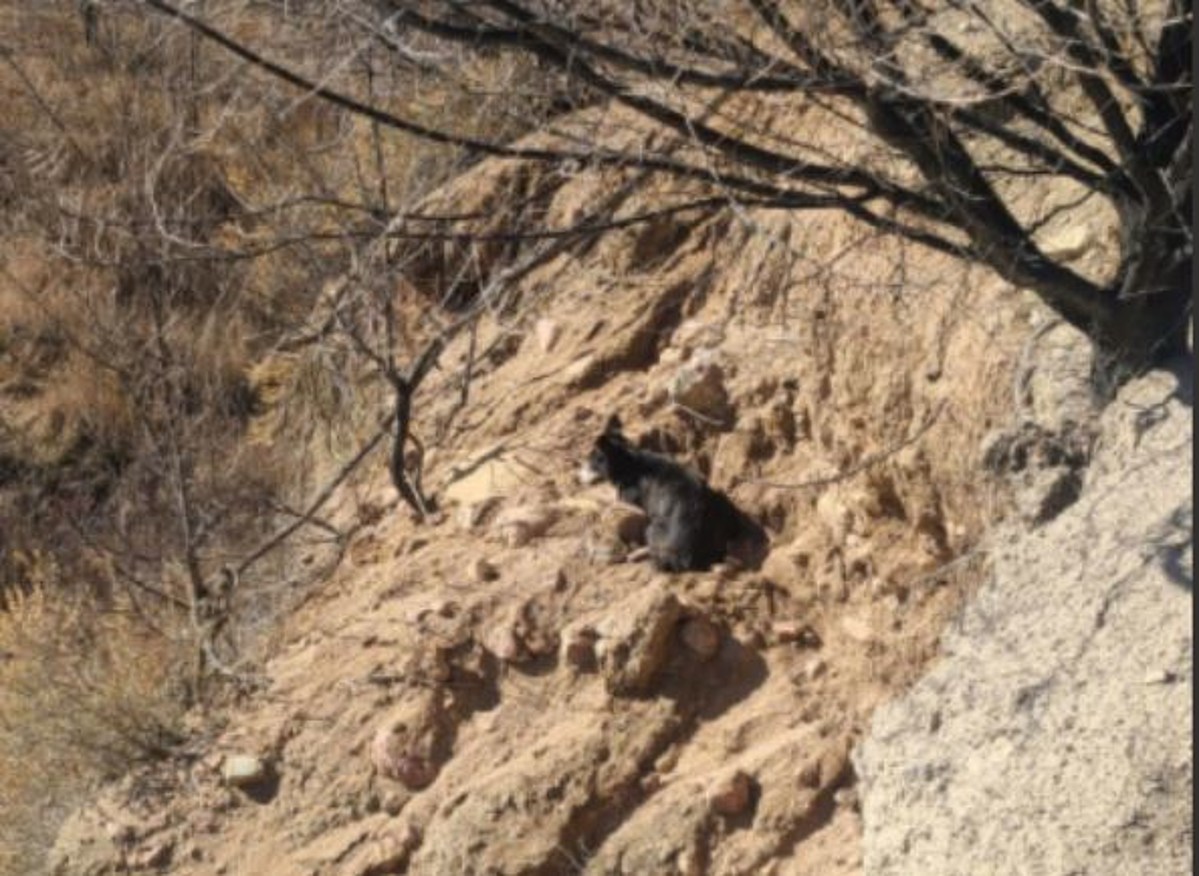 A cute little dog who was lost for about two weeks was found and rescued from a pretty frightening situation she found herself in.

Thanks to the Pikes Peak area animal law enforcement team who spotted the dog on a cliff about 150 feet high, the dog was brought to safety after about two weeks of surviving on his own in nature.

It seemed like it was quite a team effort to get the dog to safety as the Animal Law Enforcement team contacted a local resident who provided them with a safety harness and a rope to make sure things are going smoothly for everyone involved.

I mean, just looking at the pics of where this dog got stuck is pretty scary on its own so a round of applause for everyone involved from the Pikes Peak team. Humane Society who did their job and did it well. I want to say, yuck.

Thanks to the puppy’s microchip, they were able to identify him as “Jessie Lee” – I to like dogs with names of people, especially a funny one like that) – and that’s when they determined the dog had been missing for almost two weeks.

Authorities called the owner, who was obviously delighted to get her four-legged baby home and to safety.

Thanks again to the Humane Society of the Pikes Peak Region for a job well done in helping this dog and his owner close and be happy just in time for the holidays.

NEXT: Check Out These 50 Fascinating Facts About Dogs:

Is a tiny house worth renting? Here are the pros against. The inconvenients