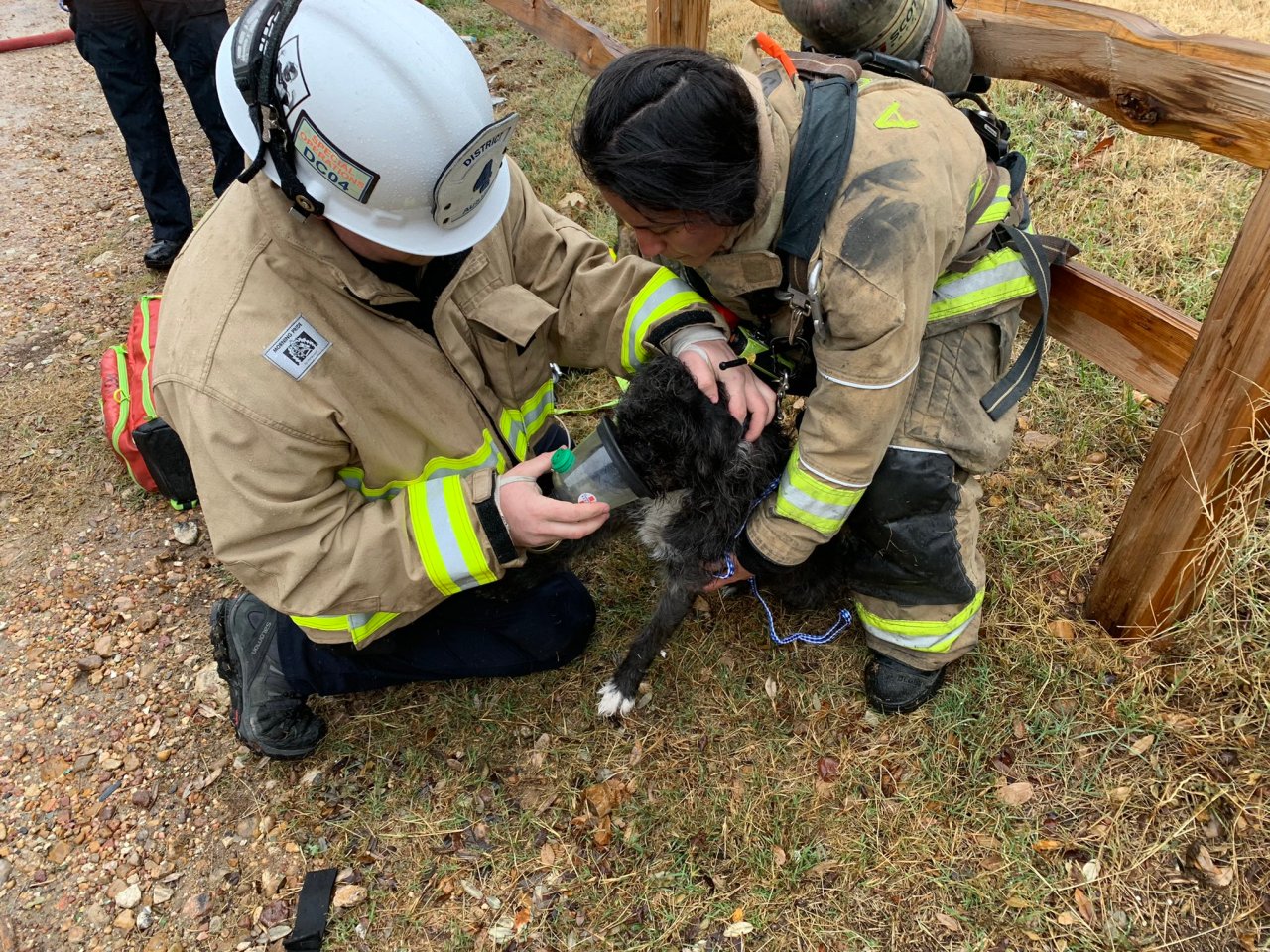 AUSTIN (KXAN) — First responders attended to a person and a dog to make sure they were okay after a fire damaged an apartment in east Austin.

The Austin Fire Department posted a photo on Twitter of a firefighter holding a black and white dog while an Austin-Travis County paramedic places an oxygen mask over his muzzle. They said they treated the dog after a fire broke out at the apartment at 1147 Poquito Street.

ATCEMS writing on social media that his doctors took an adult patient to Dell Seton Medical Center with “potentially serious” injuries, although the person is believed to be expected to recover.

Paramedics treated the dog for smoke inhalation and “returned him to his family happy and healthy,” ATCEMS said on Twitter.

Firefighters shared a photo of the charred exterior of the apartment, which also showed smoke still coming out of the eaves. The front door, windows, and edge of the roof all looked blackened from the fire.

The fire department has not shared any additional information on social media regarding the apartment fire, so a cause is not yet known.

Earlier Monday, firefighters extinguished a fire in an abandoned building in northeast Austin. Crews responded to a building at 2215 E. Anderson Lane just before 12 p.m.

Can you imagine growing up in this former Oast House near Rye that jumped out of the pages of a children’s story?