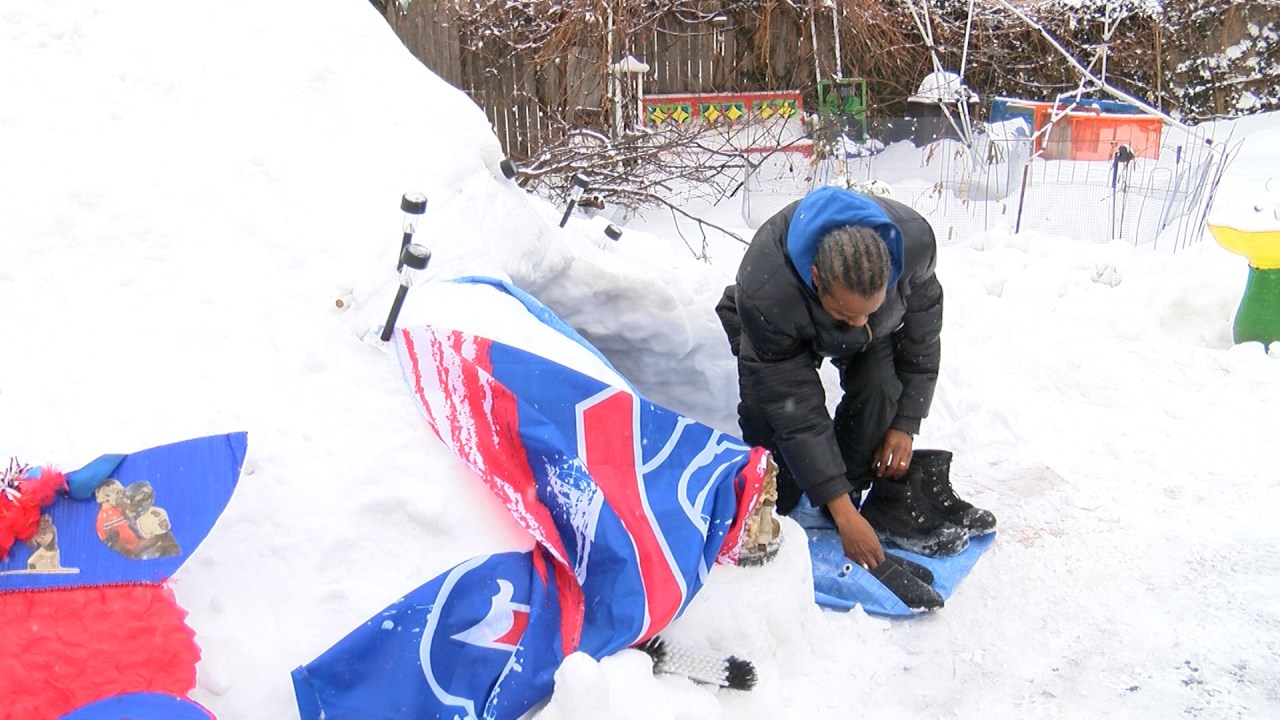 Since 2018, when Rochester was bracing for a big winter storm, Merriweather – also known as “The Social Butterfly” and who works as an educator as Mr. “Frederick Douglass” — builds an igloo in his garden. He said that instead of building a snowman, he thought something else might be better. His “other half” told him he was crazy.

“I just use the snow I had in my driveway,” Merriweather said. “I said to myself that I had to do something with the snow. I can give it to the snow. I can exercise and I can be creative.

The little igloo – it could fit inside the garage it’s in front of – has all the comforts of home. As Merriweather sipped wine, he pointed to the “refrigerator,” which was a small shelf with beer and water, a TV, DVD player, air bed, candles, and even a radiator.

“And a good book,” he added, showing a handy copy of a biography of Frederick Douglass. “You can’t go wrong with a good book.”

As for future projects, he says he plans to build one every winter if it snows. He often receives guests, even though he says he hasn’t spent the night yet.