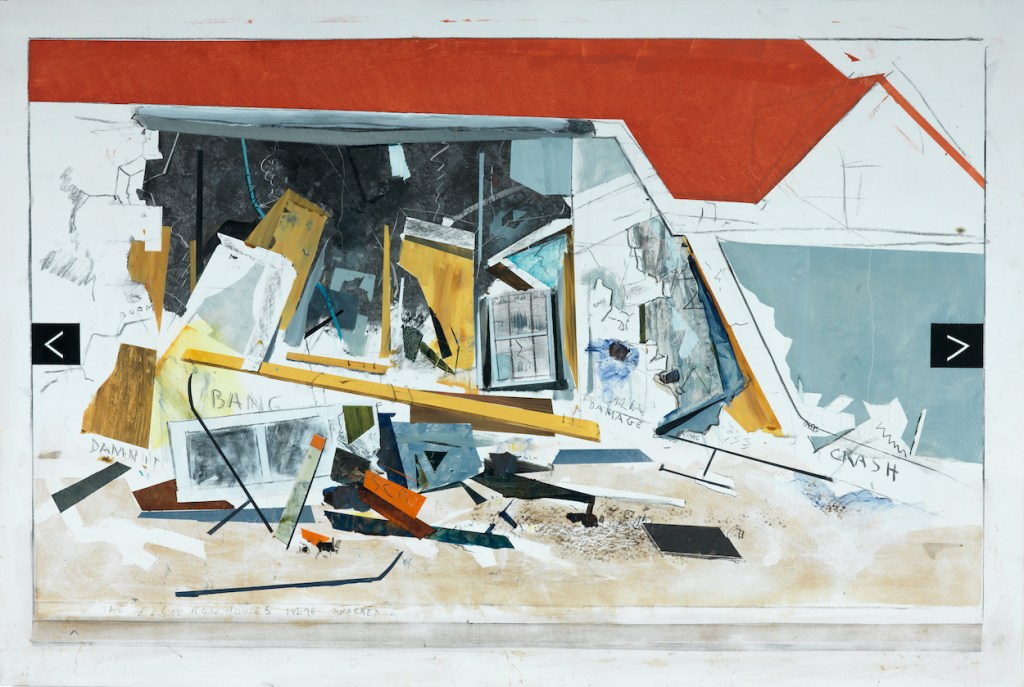 Sperone Westwater points out that William Wegman is not just a dog portrait painter – ARTnews.com

At first glance, William Wegman’s investigation at New York’s Sperone Westwater might read as an attempt to remind viewers that, despite his reputation as a titular dog portrait painter, Wegman is in fact a serious artist. The exhibition coincides with the release of William Wegman: writing by the artist, published by Primary Information and edited by artist-curator Andrew Lampert (a contributor to that magazine), who also curated the exhibition. Of the more than 70 works on display, most are in black and white and only a few videos feature his iconic canines. The works bear no resemblance, at first glance, to Wegman’s iconic oversized Polaroids, often shown sporting silly human outfits. Dogs – being, well, dogs – are never in the joke. Their indifferent expressions and their drooping jowls reflect an endearing oblivion, attenuating the ostentation of the paintings. (The Weimaraners are immortalized in a mosaic in New York’s 23rd Street subway station at 6e Avenue—by far, the best subway art in town.)

Instead of those familiar images, the exhibition includes many drawings on paper, as well as a few paintings on canvas or wood panels and vintage videos on cubic monitors. These formats more obviously resemble a white cube than the Polaroids or Sesame Street segments that featured Wegman’s pets and won him greater fame when they first aired in 1989. But this other work is just as goofy. , Thank God. Burning is just slower, mainly because reading is often required. A drawing, Guillaume Wegan (2017), shows only the artist’s name in bold type, written with passionate rapidity in ink and brush. As in the title of the book, he misspelled his own name on the page, as if caught in the heat of the moment, or fumbling, as he often does, for a twin character. Any claim affiliated with an artist’s signature is entirely undermined by the missing “l” and “m”. Meanwhile, a graphite doodle from 1972 depicts two cartoonish men – one with a pipe, the other with a cigarette – captioned with the scribbled phrase twins with individual tastes. Who knows if it was a piece of art or just a joke he jotted down, and who cares? It’s funny.

Countless jokes populate the works, but one stands out, and not just because it’s repeated in two of the featured videos, one in black and white and one in color. In Spades and Chuck (1972) and Spike & Mandrel B (1976-1977), Wegman points his camera at two different pieces of wood and states that he wanted to know how much wood a woodpecker could peck versus how much wood a groundhog could throw. It turns out, he concludes in a monotonous voiceover and without citing any evidence – except the same two pieces of wood on the screen – that a woodpecker can peck as much as a marmot can throw, compared to the size of each creature. Echoing the deadpan expressions of Weimaraners, Wegman’s tone is serious and dry despite the absurd premise.

I admit that another zinger did me good: OH MY GOD (2021), a painting of what has become an increasingly familiar scene – a suburban home that has just been ravaged by a climate catastrophe. The front wall and exterior are totally destroyed, but a few posts support the roof. That red roof, plus the largely intact garage to the right and the recognizable window in the pile of rubble, are the main clues that the painting is not a chaotic abstraction. Stylish arrow buttons are painted on the left and right sides of the canvas, and when I first saw the image on the Sperone Westwater website, I clicked on the right one, fooled into thinking that was part of a slider, then I was stuck taking the scene a bit longer.

Maybe it’s because I’m having the most intense spring fever of my life, which I’m sure is in some way related to the pandemic, but I left the gallery feeling amplified by Wegman’s levity, as if I had just joked with an old friend, even though I never met him. The show recreated those moments that make life enjoyable. It felt necessary and refreshingly humbling, especially compared to a more prevalent contemporary artistic MO: subjecting outsiders to his seemingly singular view of the world and/or what it should be (although that probably ends). It certainly helps that many of the works Lampert has decided to include don’t seem to care about being “art” at all. And for this irreverence, they are all the better for it, making appear, on the contrary, deeply selfish the well-meaning didacticism which so easily follows the semblance of an “artistic vision”. Sometimes, in the midst of an endless series of mundane disasters, a little humor seems to be all we have.