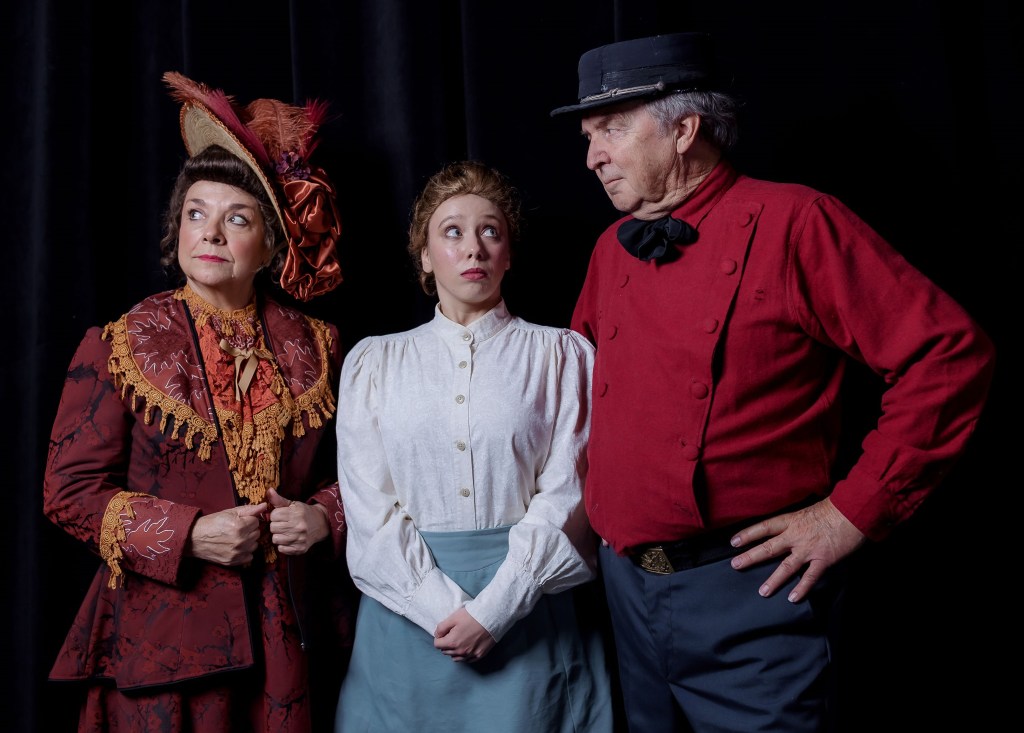 A new production is about to open at the Woodland Opera House inspired by the Opera’s history and supernatural sightings that guests have been reporting for years.

After his death, numerous reports of ghostly sightings, strange smells, supernatural specters, and startling sounds were reported by volunteers, visitors, actors, and members of the public, with these unexplained occurrences often attributed to Porter. , whose spirit would always inhabit the theater.

Abergel and Cooner were inspired by a picture of Porter that hung in the theater box. While Abergel said he had never met the ghost, he was fascinated by all the stories told to him over the years. Just over five years ago, Abergel and Cooner began researching, consulting historical journals, documents and Woodland Opera House veterans, including James Glica-Hernandez, who died in January 2021 due to complications related to COVID-19.

“Bob and I started researching and the more research we did, the more we fell down the rabbit hole of just being fascinated by what happened to the Opera and this man who showed a lot of heroism in trying to save the theatre,” Abergel said.

According to Cooner, the piece went through many edits and rewrites as they did more research and found more information. Although originally intended as a comedy, the search uncovered a more serious side to Porter’s story, leading the playwrights to introduce moments of serious drama into the story.

“When we learned more about William Porter and his life, we had to respect that and tell his story as faithfully as possible,” Abergel said. “He is credited with, to some extent, saving the town of Woodland. The fire threatened to move from the Opera House to another part of Woodland.

In the play, a troupe of actors visit the Opera House in 1909 to present their new melodrama “Daughter of the West”, a play invented by Abergel and Cooner. This idea was based on the fact that hundreds of traveling troupes often came to the Opera from 1885 to 1913 to perform when melodramas were popular.

When strange mishaps begin to interrupt the rehearsal, rumors of a ghost in the building begin circulating throughout the troupe. The rumors are quickly dismissed before audiences are finally introduced to Porter’s ghost.

“In the play, viewers learn a lot about William Porter’s life,” Cooner explained. “For the most part, the things learned are completely factual. However, we have allowed ourselves to imagine a few facts that embellish his story in a theatrical way.

According to a Woodland Opera House press release, the play also uses a woman in the role of “actress-manager” or, in this case, “actress-manager.” Traditionally, the role of actor-manager was filled by a man who not only interpreted the main roles in the plays presented by their companies, but also took care of all the commercial and financial interests of the companies. However, by the turn of the 20th century, women were asserting themselves as independent thinkers and leaders, inspiring Abergel and Cooner to use a woman in the role.

“It’s an original piece, it’s never been performed anywhere else,” Cooner said. “It was designed and created specifically for the Woodland Opera House, so I think that makes it really unique. It was really designed with this theater and its history in mind.

Tickets can be purchased by visiting or calling the box office at (530) 666-9617 or online at https://www.etix.com/ticket/e/1028735/the-ghost-of-woodland-opera-house -woodland-woodland-opera.

Reserved seating costs $30 for adults, $28 for seniors 62 and older, and $15 for children 17 and under. Balcony tickets are $18 for adults and $9 for children. Special Flex Pass offers and group rates are available.

“I think it will appeal to people in the fact that it has this creepy, supernatural content,” Cooner said. “But, more than that, it’s really about the power of community and how a community comes together to create something, in this case Opera. It is simply about the importance of theater and the arts in any community.

Property: Former council house in Hellesdon Road for sale for £325,000

Look inside the £1.39million Chilworth home with pool on Rightmove