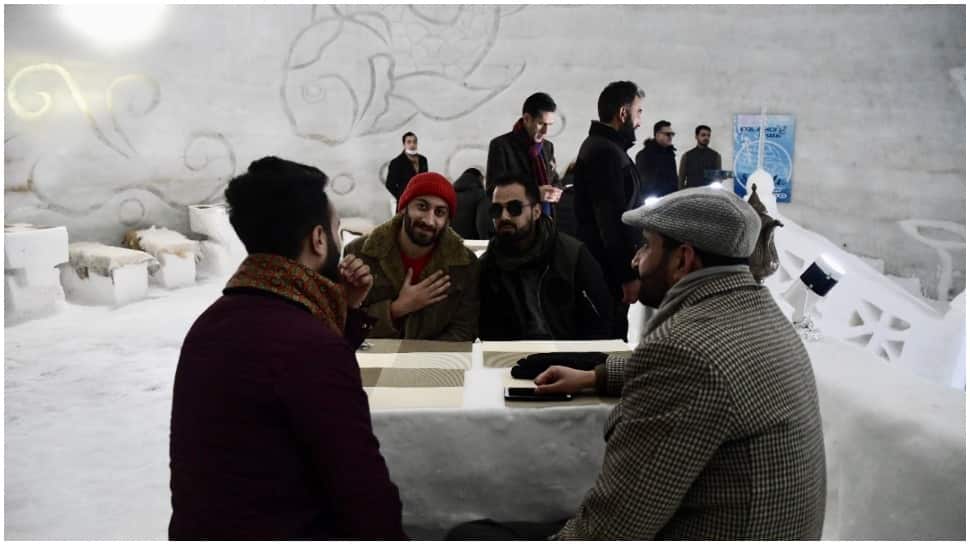 Kashmir: The world famous ski resort Gulmarg has another added feather in its beauty and appeal. A local hotelier has built an Igloo Restaurant to provide an exciting experience for tourists visiting Gulmarg.

Syed Wasim Shah, who prepared it, claims that it is the largest igloo restaurant in the world. He says its height is 37.5 feet and its diameter is 44.5 feet. Shah also applied for the Guinness Book of World Records. He said, “Soon the Guinness Book team will come and inspect it.”

This restaurant had become the center of attraction for tourists today in the snowy Gulmarg.
Wasim says: “1700 people who worked day and night in two shifts to complete it in 64 days. Wasim himself has knowledge of snow art, all the work was done under his supervision.”

Wasim said the world’s largest igloo was built in Switzerland in 2016. Its height was 33.8 feet and its diameter (diameter) was 42.4 feet, while the height and diameter of the igloo that he built more than that. That’s why it’s the biggest igloo in the world. He said.

Last year, he also prepared an igloo restaurant in Gulmarg, which was the largest igloo restaurant in Asia. Its height was 16 feet and its diameter was 22 feet. At that time there were 4 tables and about 16 people could sit and have a meal. But this year he enlarged it further and made a two-part igloo.

The first has been kept as a selfie point while in the second part of the igloo, 10 tables-chairs made of ice are placed on which about forty people can sit and take their meals. 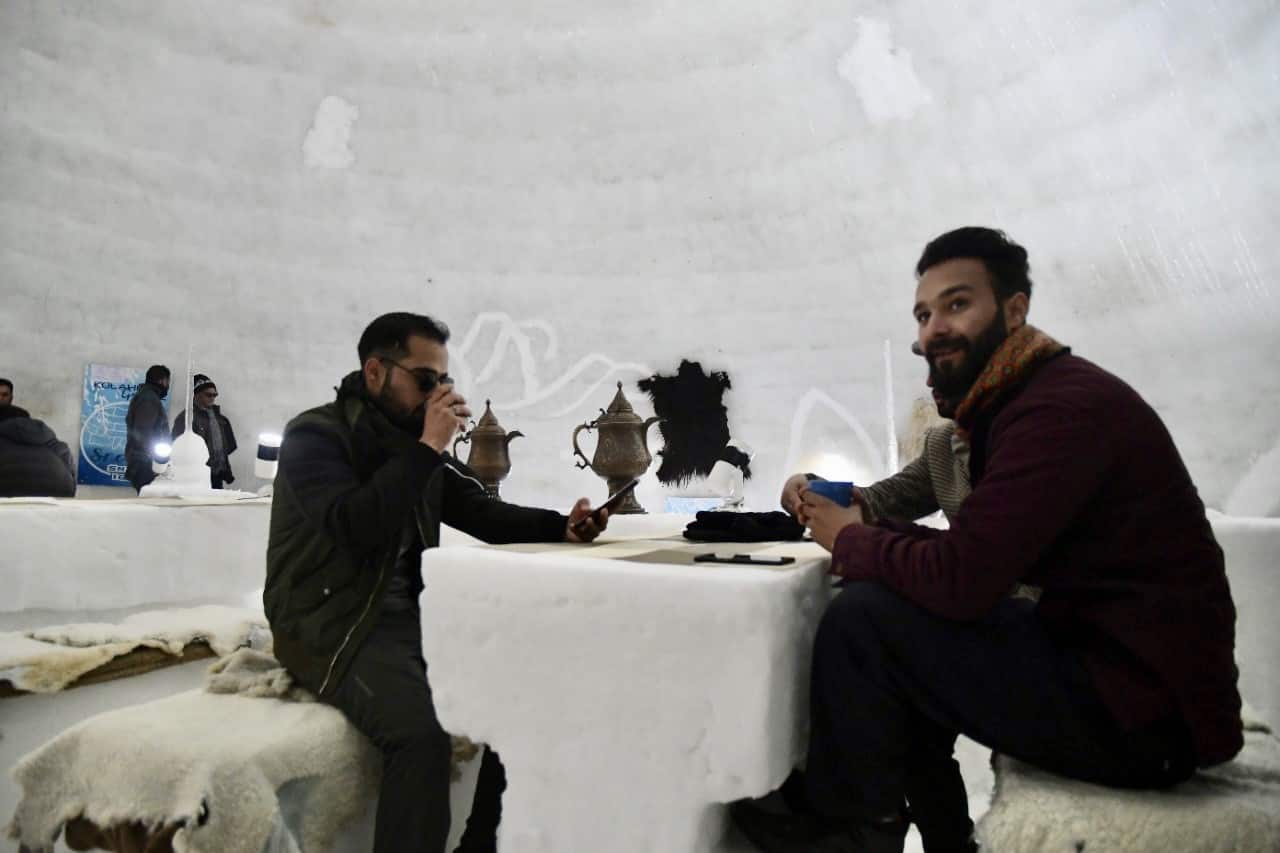 Locals and tourists visiting Gulmarg flock to the Igloo Restaurant. Tourists say they saw such a big igloo restaurant for the first time in their lives.

Rashmi, a tourist from Gujrat, said she never imagined experiencing something like this in Gulmarg. She said she took pictures of it that will be memorable to him.” 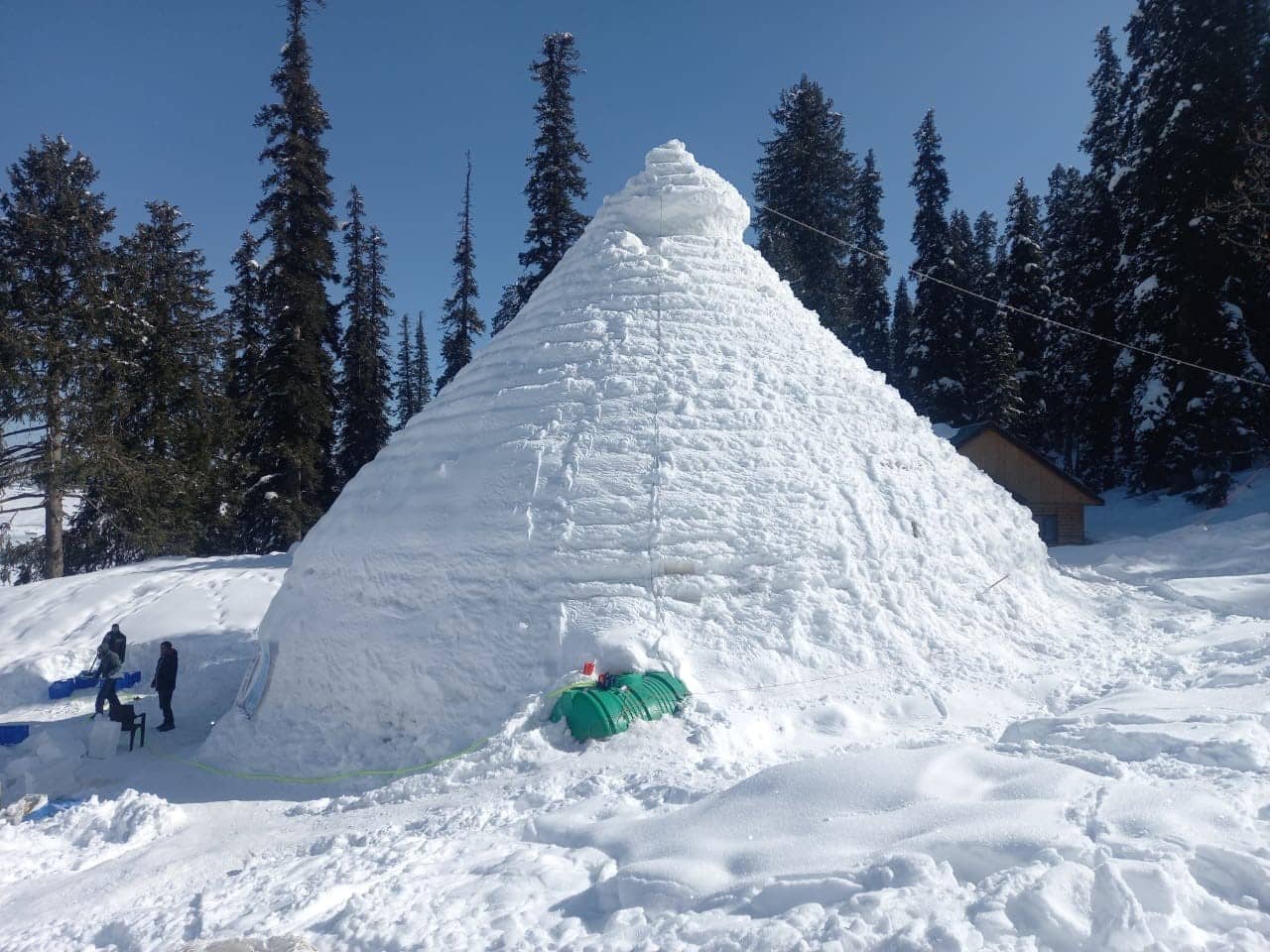 This igloo restaurant has made Gulmarg the most attractive ski destination in the world, people especially go to Gulmarg to have meals in an igloo made of ice and take pictures.

An igloo is a domed house made of ice. It is usually carried out in areas where there is enough snowfall. Igloos are mainly seen in the central Arctic of Canada and in the region of Greenland.