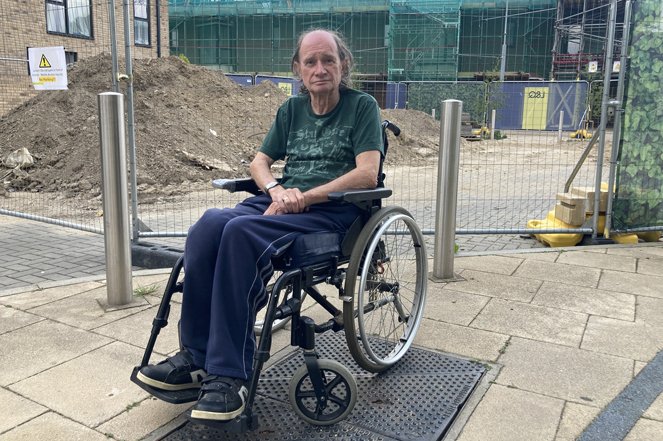 A housing association is spending at least £10million to repair faults in houses built in the old Walthamstow stadium.

London & Quadrant (L&Q) completed the redevelopment of 294 homes in 2017, but so many construction flaws have surfaced since some residents have to temporarily move out during repairs.

The housing giant has now apologized and pledged to fix issues such as “inadequate siding”, “poorly installed” windows and roof issues.

L&Q, which manages 95,000 homes, has pledged to cover the costs of resolving the issues, but says the exact amount is “commercially confidential”.

Public accounts for Quadrant Construction, which managed construction of the stadium, show that in April 2021 it had set aside £10million for ‘the costs of faulty construction on a development’.

When approached for comment, Vicky Savage, director of development and sales at L&Q Group, apologized that the residents had been ‘let down’.

She said: “We have identified issues at Walthamstow Stadium which date back to the construction of the development.

“These include inadequate cladding and cavity barriers in interior and exterior walls, poorly installed windows and doors, as well as roof and floor drainage issues and cracks in paving slabs in areas. exterior.

“We have resolved the highest priority coating and fire safety issues, and work on the remaining issues is ongoing.”

Savage did not respond when asked what caused the problems, saying only that they were “common themes seen in the UK construction industry”.

The National House Building Council (NHBC), which provided a building guarantee for the development, was approached for comment but did not respond.

Asked if it carried out inspections during construction, a Waltham Forest Council spokesperson said the scheme was ‘supervised’ by NHBC.

When the Local Democracy Information Service (LDRS) visited, part of the road had been dug up and scaffolding had been erected against a building with small sections of siding removed.

Residents were reluctant to speak out publicly, speaking anonymously, but some said L&Q has announced they will have to relocate temporarily while repair work is carried out. A timetable for this has not yet been agreed.

James Mitchell, a retired musician, said L&Q warned him of potential mold problems shortly after he moved in and advised him not to place furniture against the walls.

In a higher part of the development, a “watch watch” patrol officer was present to warn residents in the event of a fire.

None of the residents who spoke to LDRS were clear about the extent of the repairs needed or what went wrong during construction.

On behalf of L&Q, Savage said, “Due to the nature of the work required in the buildings, we are preparing a program to temporarily relocate these residents while working from their homes.

“The safety of our residents is our top priority, and we have prioritized work related to building safety, such as upgrading the cladding, firestops and cavity barriers inside the buildings. . »

Controversy followed the redevelopment of the 1930s Art Deco greyhound racing stadium after it was bought by L&Q for £18m in 2008. But a bid to save dog racing at the stadium, backed by Tory and Labor MPs locals, a businessman and a campaign group Save Our Stow failed.

As well as losing the greyhound racing tradition, some have criticized the level of affordable accommodation on the site and suggested L&Q will lose £14.5m from the scheme, some of which came from public funds.

L&Q denied that the problems stem from cost cutting due to its poor assessment of the program’s financial viability.

Did someone say raclette fondue, an igloo and a mulled wine urn?